Huawei teases its MWC 2014 devices in an amusing video

Huawei is teasing its future line-up of devices to see the light of day at MWC 2014. The company does this in an interesting video ad, which readies us to expect two tablets and one smartphones at the MWC showroom floor in a week's time. 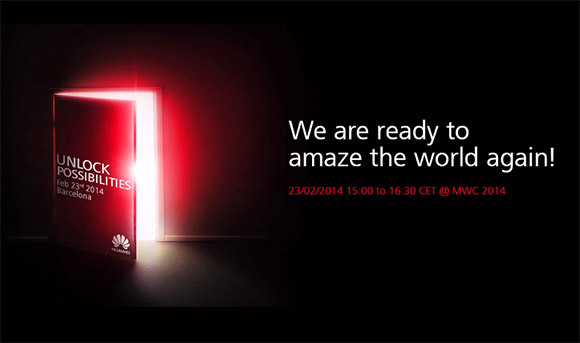 First up, the two tablets. Earlier in the month, the Huawei MediaPad X1 received its certification in China and it's very likely to see it launch in Barcelona. It is powered by the Hisilicon 910 Kirin chipset like the one in the Ascend P6S, which has a quad-core Cortex-A9 processor at 1.6GHz, 2GB RAM and a Mali 450 GPU. The tablet runs a relatively old Android 4.2.2 Jelly Bean.

Huawei says the other slate boasts a very large battery that can last days without charging. We expect something that's larger than 7", but there's no leaked information of such a Huawei tablet so far.

Then, there's the smartphone, which is most certainly the Ascend P7, the successor to the Ascend P6. In the video, the company hints the phone in question features next-gen LTE connectivity, which is backed up by a leaked P7 photo.

According to the leaked specs, the Huawei Ascend P7 will have a 5" 1080p screen, HiSilicon 910 chipset, 13MP main camera and 8MP front-facing camera. The battery capacity is 2,460mAh.

Check out the teaser video below and make sure to watch until the end, when Huawei makes fun of rivals Apple and Samsung.

Huawei ranks 3rd in world wide sales and shipping, coming after apple and samsung. They have every right to attack the fruit and same song.