Right on its self-imposed schedule, Huawei has taken the wraps off the Honor 8 today. This is the new flagship from the Chinese company's more affordable sub-brand, and it does come with a large number of similarities compared to Huawei's top of the line device, the P9.

The big difference is the chipset employed. The cheaper Honor 8 has to make do with the older Kirin 950, whereas the P9 sports the Kirin 955. The 950 inside the new Honor handset comes with an octa-core CPU with four Cortex-A72 cores clocked at up to 2.3 GHz, and four Cortex-A53 cores that go up to 1.8 GHz.

4G LTE is built-in, along with dual-SIM functionality (although the second SIM slot doubles as a microSD card slot so you can't use two SIMs and an expansion card at the same time unfortunately). The Honor 8 has a 3,000 mAh battery that you charge through a USB Type-C port. The 3.5 mm headset jack is in too, and that's becoming more and more rare these days. 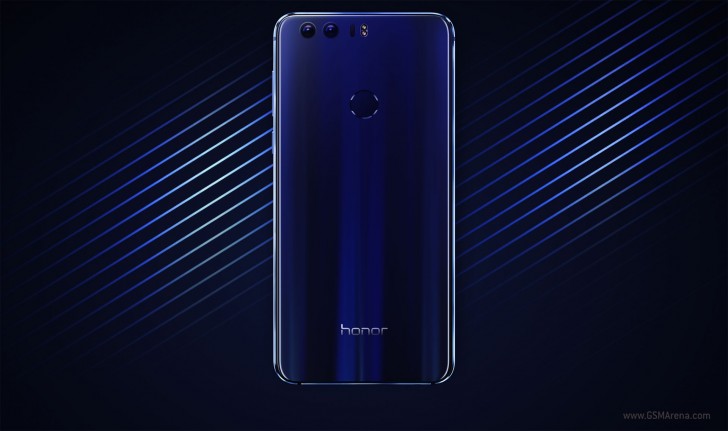 The Honor 8 becomes available in China on July 19 at 10:08 am (yes, really). It will be offered in Pearl White, Sunrise Gold, Midnight Black, Sakura Pink, and Sapphire Blue, though some hardware versions won't be available in all colors.

An international launch hasn't been announced at this point, but expect to see the Honor 8 being offered through Huawei's official online store in Europe in the coming weeks.

This phone is the most beautiful created by Huawei, it's amazing, cheap, powerful, and it has storage expasion, the zuk z2 not