Back in late September, Huawei posted a list of devices, which would receive the EMUI 10 beta software in the coming months and today, the company has updated the list for the stable EMUI 10 rollout schedule.

The update for the most flagship devices is due to arrive by the end of this month with the Huawei P30 and P30 Pro to be the first ones to receive it. They will get EMUI 10 stable before mid-November. In the second half of this month, the Mate 20-series, including the Mate 20 X and the Mate 20 RS Porsche Design, the Honor 20-series and the Magic 2 will be receiving EMUI 10. 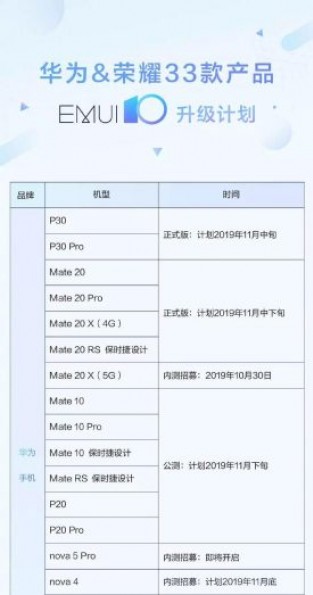 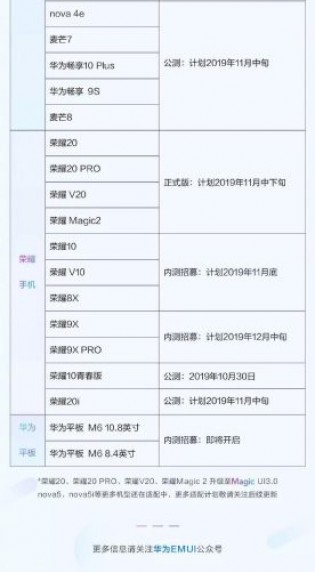 In addition, the schedule also confirms the Huawei P20, P20 Pro and the Mate RS Porsche Design will join the EMUI 10 public beta in the second half of this month.

However, keep in mind that the update schedule is aimed at the Chinese market, so it will probably take some extra time for EMUI 10 stable to reach the global variants. Huawei also assured in its Weibo post that more models will receive EMUI 10 in the future so don't worry if your device isn't on the list yet.

When does huawei release emui 10 for honor 8x?

I don't think so. Do you gave assurance whether other phones are getting Android 10.