Huawei Watch GT 2e to be launched on March 26

Huawei is preparing a new smartwatch called Watch GT 2e. Its design is based on the well-known Watch GT2, but appears to have sportier bands and simplified looks. While we heard speculations it might arrive alongside the Huawei P40 phones, now we have an official confirmation on the date - it is indeed March 26.

The quick video gives us the date of the arrival and from the short nine seconds, we can see it will be for active people. Huawei posted the clip on Weibo alongside the words that the watch is representing “the spirit and energy of exploration”. The company also promises this watch can “play for two weeks”, meaning one charge can get you through fourteen days. 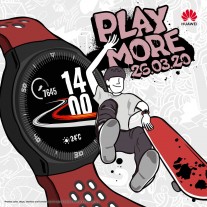 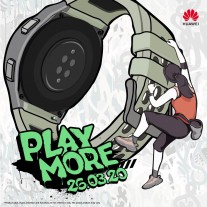 We’ve already reviewed the Watch GT 2 and its almost identical twin Honor MagicWatch 2. Back then we established that such a battery life can be done with some compromises like not using notifications and limiting the sports activities.

Nevertheless, Huawei is expected to equip the Watch GT 2e with a low-power-consuming chipset and a simple UI that will keep the battery usage to minimum.