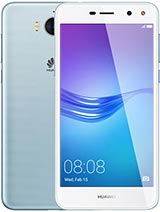 Been using this phone since October 2017. It's been 4 years of use now. For its price, this phone is so durable. I haven't encountered any issues until a few months ago. The battery drains super fast after two years of use. Then you might need to charge the phone twice a day. I've dropped this phone countless times and yet it's in good condition. Storage is an issue but having a memory card helps. Also, the camera quality sucks. But other than that, every other aspect of this phone performance-wise is amazing and so worth the price. Without any issues, this would last 3 years of casual use. For next month, I complete 4 years of use and my phone cant take it anymore so im upgrading to a Pixel 4a hehe

Bought it back in 2017, right after launch, and still using it like I got it yesterday. It's an amazing phone. Works great even after 3 years of rigorous use. Supports many apps, no storage issue (I use an SD card for my personal data). One bad thing only, it's battery has started to swell. Still it gives ample time. Yet, I'm sad I'll have to quit using it in a while (sorry, am afraid of swollen batteries). But it's a great phone. Kudos to Huawei for producing such robust quality.

Anonymous, 06 Jan 2021This was also my phone for 3 years, I rarely drop my phone ... moreDamn, its durable like really!! I dropped this phone 1ft below ground and the screen is still ok despite being dropped for so many times, it still works fine but the problem here is the phone's storage capacity....

I cannot stand this phone.
The software is running 8.0 when other androids are up to par and ar running 11.0+
The storage is always full and ut starts to move slow after 8 months.
Sometimes i have to clear my phone to see if it may work faster.
Whenever i download an app it enters the app then exits right out. Its quite annoying.
Ik that this is a budget phone but it can be better as there are other budget phones that run faster and doesnt take 5 to 10 minutes to gain 1% in charging.

I am a fan of Huawei phones. I bought this one 3 years ago and still now it is working properly the battery is amazing. Thank you Huawei.

This Is the only android phone I encountered with better touch response if its not using a heavy consumption app. I tried comparing it with Mate 10 Lite playing drums and this phone kills it! When I tap it immediately starts playing the sound with very less delay like on the iphone. Though the multi tasking is just garbage because of ram management but it only happens after a week without turning it off. Restarting the phone actually calms down the management. And then within another week it starts to shut apps again aggressively.

Anonymous, 25 Jan 2021I had this phone since 2017 and in 2021 there is nothing wr... moreI purchased this phone in Feb 2017 its almost 3 years nothing wrong with this phone even the battery with full day internet on spend whole day.

Anonymous, 06 Jan 2021This was also my phone for 3 years, I rarely drop my phone ... moreThis is the only phone I've ever had though all my family have got 2020 phones, never found anything bad about it

This was also my phone for 3 years, I rarely drop my phone but when I did I was surprised because the screen was fine though the plastic was dented and cracked, It was good at the time but I had to move on because its severely outdated but I had my memories with that phone yes indeed

Anonymous, 11 May 2020guyz my phone shoe on charging but battery not charged it c... morebro i used this phone for 1.5 years it happens with me but i change power socket(charging point)

One of the best mobile in my ,bcz am used 3 years no any complaints,camera,battery,performance vera level,this mobile,I love it

This was my phone for 3 years, probably one of the best and most durable phones I've ever owned, dropped it countless times, even on a road once and not any problem with durability, I would however change a few things:
Add a Fingerprint Sensor
Update the System to at least Android 8.0 with EMUI 8
Increase the battery capacity to 3500 mAh
Use a metal frame instead of a plastic one
Increase the storage to 32GB
Overall this phone served me very well over it's time period and I certainly enjoyed using this device, however as the phone older it got slower and I needed an upgrade, this phone was great for it's time, a brand new one today would definitely last 3-4 years.

I got a second hand version with cracks all over the screen. I got it two years ago.
Since then I've dropped it countless times, exposed it to extremely humid conditions, and throughout all of those experiences, I have come to develop a deep respect and appreciation for the quality that this phone represents.

Been using this phone since may 2018 and it has given me some great memories.

Lets start with the negatives.

Positives (more like surprises)
-good performance in gaming. PUBG for me is playable
-camera can focus at very close distances. (Change volume functionality as focus and click the volume down button for the macro focus)
-can do manual focus while capturing a video
-better screen resolution and coloration than other competitors (like vivo y53c)

Anonymous, 11 May 2020guyz my phone shoe on charging but battery not charged it c... moreChange the data cable of the charger.
I also had the same issue because the data cable was damaged.

Xanthn, 08 Apr 2019Not a bad little phone for the price, but biggest issue I h... moreexactly u right