First, it was the Huawei Y6 Pro 2019 with Helio A22 in the Philippines. Then it appeared with less RAM as the Huawei Y6 2019, eventually getting rebranded as Y6 Prime 2019 in Pakistan. Now a similar phone with somewhat shorter screen and the name Huawei Y5 2019 popped up with a photo and some specs. 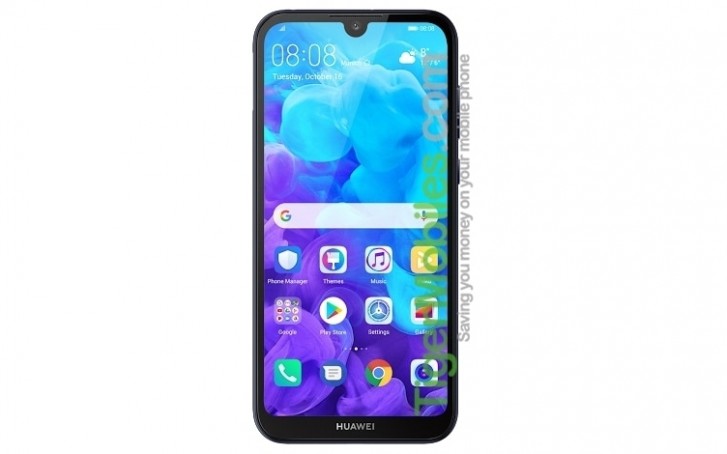 The Huawei Y5 2019 is listed with MediaTek MT6761, which is the low-tier Helio A22 with quad-core CPU running at 2GHz and coupled with 2 GB RAM. There is also the screen with HD+ resolution of 1520 x 720 pixels, which translates to 19:9 ratio. The phone will come with Android 9, which supposedly should have EMUI 9.0 on top. 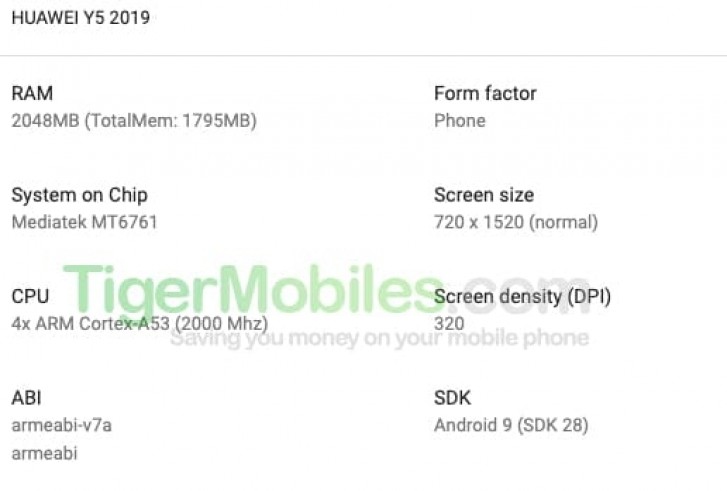 The leak does not say anything about launches, but it appears to be an Android Enterprise listing, so the phone should be out soon.

nice!! are these confirmed specs? I personally quite like the performance of mediatek helio A22

No that's wrong mate, for many phones the DPI is set to 320. This mainly refers to the size of the text elements on screen. Screen will probably be around 6.09".