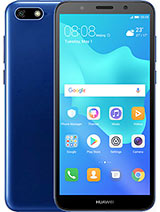 Worst phone ever. I even had to be very patient just to write this cmt. So slow loading keyboard. The phone is like a very old man. It can barely run some basic things and even they are slow. It would be slow just to call someone. Ridiculous! Never buy Huawei!

Oagile, 26 Jun 2021Like when I am done downloading a game or an app I takes it... moreThis phone is bullshit its a waste of money dont waste your money on this

Anonymous, 09 Sep 2021This phone is bullshit the price is ridiculously high and t... moreThe phone is good not bad I like the phone because the battery last within 12hour and I like the rom about 16gb the thing I don't like in the phone is the ram is too small

Lukhy, 05 Aug 2021It's something they put to save battery and keep the p... moreWhich system app did you remove?

Worst phone series EVER!!! Crashed, no games really playable.
Phone calls register to slow, one ring and then off.

Lukhy, 05 Aug 2021It's something they put to save battery and keep the p... moreCould you please tell me the name of the battery-saving app you removed through ADB?

Nottification assess not on the device why 😡😡😡

I need the firmware of Huawei dra-lx5 for 2018 so sometimes I found its firmware sipped with encryption password I don't know, can anyone please help me with the firmware of this phone and please if you encrypted it using some password please tell me the password

Ntoki, 03 Aug 2021Huawei y5 it's not a good phone to have some games don... moreIt's something they put to save battery and keep the phone performance good , I deleted some of the system apps causing it - using my pc and adm but I think they are two cause now it won't stop apps unless they use a lot of ram ... Whereas at first before I removed the app , the phone would crash anything , if I try using anything except system apps like youtube go , it crashed everything but now it's a bit better after removing one app, the first one was protecting battery by shutting down battery consuming apps, I just have to remove another one protecting ram....

John, 08 Jul 2021My daughter hates her phone because when she gets a new gam... moreSame thing .

John, 08 Jul 2021My daughter hates her phone because when she gets a new gam... moreI have no problem with my Huawei Y5 lite

i have problems with strava app. when i want to ride for 20 kilometre records my route its stop on 1 kilometre. its record only 1 kilometre. why?

Loco, 25 Jun 2021A very slow phone apps crash and it lags a lot Dont recomme... moreMy daughter hates her phone because when she gets a new game the phone takes its self out of the app to the home screen and a recent problem she says it charges really really slowly and I wouldn't recommend a Huawei y5 lite