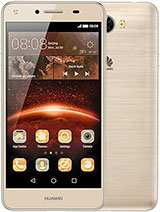 Anonymous, 22 Jan 2021Huawei y5II is a phone. After I buy it, it was a good phone... moreReplace your batery

Anonymous, 29 Aug 2020YesHuawei y5II is a phone. After I buy it, it was a good phone. But after 2 years, this phone is performing so bad. I can't play any games by it. And now days it restarts automatically.

I compared everything on my huawei y5 ll to my lg lte wtc.the lag the smoothness the sounds everything and guess what?

Huaweii usee, 26 Aug 2020Trust me after few years the phone will start to lag and th... moreYes

k0vac, 17 Apr 2020The phone is decent, on a budget it's a good driver phone a... moreTrust me after few years the phone will start to lag and the launcher will keep restarting.

Hate this phone..Here are some reasons..
1. Storage
2. Battery
3. Automatically restarts..
Why???

This phone is not the worst but not the best. Here is the things I hate about this phone.

1. After few years of use it started to lag very badly even typing this the keyboard is not keeping up sometimes.
2. Low storage space. I can hardly install 2 apps! Even if I delete a lot of stuff it still needs more storage!
3. The launcher. The launcher restarts like restarts for 3 times in a row and after restarting it just be so slow.
4. Batery life is

The phone is decent, on a budget it's a good driver phone and it can do some light gaming and it can run most apps solidly, don't expect amazing performance tho, this is a budget phone.

MO, 10 May 2019I love this phone, had this phone 4 January 2019.. I'm inst... moreI can assure you it last pretty well, we have this phone for about 3 years and counting and still it works pretty well, no signs of battery draining.

With gaming, it can run certain games like ml, wotblitz at low settings but it's totally enough for me as long as I can move well my character and tank.

I'm still having second thoughts whether I would buy a new phone because of this hehe.

Personally, it is a good phone that fulfills its basic functions for a user who does not demand great performance from his mobile device.

2) For the storage, even if you delete everything completely, it would have 3.5 GBs of storage, at the very best.

3) Although the phone is made in 2016, the processor is from 2013!
It's Quad-Core, 1.3 GHz, Cortex A7. It's sooooo weak that it even lags in opening the settings. Not to mention how long it takes to install the apps.

4) Garbage audio quality.
I compared it with Sony Ericsson W20i (Java phone from 2010!) and believe it or not, W20i performed WAY better than this garbage!!!

7) The back camera is "useable" at the very best. The selfie is noisy as hell.

10) No development support from the developers, no custom-rom, no custom-kernel.

11) Even the bootloader can't be unlocked so I could root it.

All in all, it's enough only for those who only call and send messages and do stuff like these.

Rose, 16 Dec 2019I've been using this phone for almost 3 years it's still wo... moreWell i think this phone is total piece of crap I'm using it for about year and this phone is from 2016 but for that day it has low specifications.
The most important thing is that this phone has only 4 gb of internal storage and only one gigabyte of ram.
I was using a Samsung galaxy j5 from 2015 and this phone is much better than the Huawei.
I do not recommend this phone.

I've been using this phone for almost 3 years it's still working fine, so durable and even tho I'm using it while charging for a long time ago the battery is still good, when you full charged it it can last for like 18 hrs when you're not using it, but when u are using it it lasts like 4-5 hrs i think. It's still good but the problem is, this isn't for gaming, it only have 1 gb ram and very very small amount of space. I'm a gamer and i hate it, because my only installed app is only messenger. And when I'm trying to install apk, it's not working anymore because the version of this phone is 5.1 and the phones nowadays is like 9.1-10.0 so it's to downgraded. And the camera isn't good, it's not a camera phone. This phone is for only busy person and anti social like uhm you can only use this for messages, calls and messengers and watch youtube.

My son has it and hates it because it's not the latest iPhone or something, he deliberately treats phone like trash, screen is cracked, rear cover is scratched like hell and the camera lens is broken but the phone still works with no software or battery problems, and he's going to have it until he affords himself a brand new phone lmao. Y5 is a very durable phone because it's made of plastic, plus the battery is removable which is unheard of today.