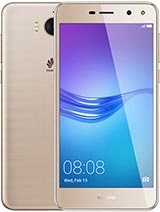 HUwayyyyy, 20 Aug 2020Are you expected to get a new phone every 3 years? Screw... moreIs there another screen for sell

Dimitris, 11 Aug 2020Yeah.. its like 3 years old mobile... its only logicalAre you expected to get a new phone every 3 years?

Can i use 2A charger for this phone? Thank you

It works perfectly and now. Since December 2017.

Had to go to guarantee in the first year because camera stopped working. They replaced the mainboard and I got a new IMEI.
The camera is so bad, I can not take a picture at night that is not always full of gain over the image!

Not that it matters much now, but after two years of using this phone, it hasn't "betrayed" me once! I had a Lenovo (Vibe C) before this one, it was worse than hell. Huawei, on the other hand, I find very reliable. Although, I must admit, I use it a lot, so the battery doesn't last that long, but that's my problem, not a general rule about it.
If anyone still buys this phone from 2017, I heartily recommend it.

The phone does what I want, the privileges are somewhat testing.
Too much access need by this system?????

Anonymous, 17 Mar 2019worst phone ever!!!! am very annoyed, especially with the s... moreMeh, I've seen worse. This phone is definitely not the best, but...

I used to have this phone, and I still have, only that I am not using it anymore, and it's mainly due to the version of android, the screen being a stupid 5 inch, and the resolution is only 720x1280. This would be a good replacement if you have an older phone like a Galaxy S3, but anywhere afterwards this phone is useless.

Also, it somehow consumes battery even faster than my current phone, which is the P20 Lite, switched in February 2019.

The device is excellent. Dual-sim does not have nfc - only one-sim has. Dedicated card slot on dual-sim. Android is the only problem (as always): after answering a call, random app will come up. Android version is not eligible for upgrade. When bought I tried six (6) consequent factory resets, every time the phone came up with extra features. Wi-Fi will not disconnect as said. Battery is only good for one day, medium use - no games.