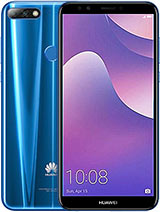 I've owned this phone since 2018 so 3 years and it's been probably the best phone I've ever owned regards its durability, I have dropped it in a lake for 10 mins before I found it again, dried it out and it still works, I've dropped it numerous times, closed car bonnets on it and it's still fine, I am writing this review on it now as I've just bought a replacement which will arrive in a week or so. The only reason I'm replacing it is because Google no longer works properly with Huawei devices and the fact that the memory of 16gb just isn't enough any more even with the sd card. If Google would work with Huawei I would have had no hesitation of buying another Huawei mobile but if you want a cheap pretty fast smartphone that's built like a tank then get one of these..

Garbage filled up with un movable garbage, i have 2 apps and 6 songs and it is constantly saying 98% full cant do updates on my bank due to lack of space, can't wait for my new Samsung to arrive am not selling passing on or keeping this as a back am smashing it into a million bits I hate it so much and never buying any huawie products again, AVOID AVOID AVOID

Slow and unresponsive. Get something with better specs.

Anonymous, 17 Oct 2020how is its cameras ?The normal Y7 2018 has a 13MP rear camera ( photos are good but no night mode.)
The 8MP front camera is okay, but nothing to brag about. The phone is slow and lags so much due to the poor processor. If you are willing to spend a bit more money, you can get (for around £200/$200 ) the SAMSUNG A21s which will provide a more complete experience. It has more RAM(for multitasking ) and more storage (for apps, games, photos, music, video, ETC). It also boasts a much stronger processor with a nicer software skin and a more modern ANDROID update. It also has 4 cameras, which are all better than the single on the Y7. It will also load apps and games faster, as well as having better image processing for the camera, as well as a larger battery life and display, as well as much faster charging. In 2020, the 2018 Y7 is not a good buy, especially for the money.

it's a very good phone. iloveit!

The 2gb of ram is Barely enough to not enough, only has 16gb of storage so I can't have a load of apps without the phone being clogged up and really slow, camera is good in good light.

The phone is good ..I got problem with the front flashlight it's bad

Where its sim card store and how

phone would pass as a basic smartphone

Obvious, 29 Jul 2019Great phone indeed, the only issues with this phone is you ... moreCamera is so shit.better by s6 edge than this shit

The phone is ok for the price
But is recommendet only for Android begginers.
For me a heavy user is not good.
Freezes and gets hot.
Battery is perfect

This is a superfragilistic dope phone I just love my phone

Great phone indeed, the only issues with this phone is you can't move installed applications to the SD card thus making the phone's internal storage to be easily filled,