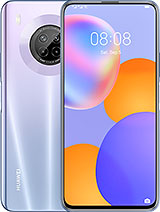 GeeMan ZA, 21 Apr 2022Been using the Y9A for about 3 weeks (South Africa, FRL-22,... moreThank you so much broe...I almost signed up for 24 months contract on this Huawei Y9a phone today. But your review helped me alot to stay with my old HTC U12+phone!

Silentwalker, 28 May 2022Go to the Huawei App Gallery, search for Gspace and click i... moreUnfortunately dual space and such programs will not solve the problem .limited functionality with so many ads and worst of all you get only a virtual machine that cannot access all the data in your mobile such as photos or audio etc. I am using my y9a only as radio FM recriver otherwise it is worth nothing without official google services as of now.

Anonymous, 23 May 2022Please how I can download the Gspace?Go to the Huawei App Gallery, search for Gspace and click install.

Zum, 07 Apr 2022Yes it doesn't support Google but with the Help of An ... morePlease how I can download the Gspace?

GeeMan ZA, 21 Apr 2022Been using the Y9A for about 3 weeks (South Africa, FRL-22,... moreI’m surprised in the end you bought it lol. I went rather for the nova y70 plus. It’s more recent and actually costs cheaper than this phone.

These are my personal opinions:

Pros:
• 40W Charging is a bonus
• Screen is huge and pretty bright
• Fingerprint scanner is very accurate
• Camera can be excellent in *certain cases
• EIS does a good job at smoothing out bumps
• App Gallery does a good job with adding new apps

Cons:
• No 4K video option (even though it should be there)
• No portrait mode (except with AI scene detection)
• No burst shot (even though it should be there)
• No light trails or slow motion
• The supposed Super Night Mode is absolutely terrible
• Auto camera is often overexposed and oversaturated
• Selfie camera over-beautifies even with Beauty on 0
• Helio SoC sometimes feels sluggish
• The lack of 60FPS video recording is concerning
• The geo-tagging is a little wonky

Overall an acceptable handset for the price, but you can find better alternatives in this price segment with a little patience. Don't expect wonders from this handset, as it is a lower tier mid-ranger at best.

Y9a is a good phone, it's what I'm using to reply.

Rubin, 20 Mar 2022How broYes you can retrieve your contacts saved on Google

huawei now a days, is not good.. Not supporting googlela.not.friendly user

Ntokoh, 14 Feb 2022Is this phone waterproofNo, it doesn't have the IP rating

Werner, 10 Feb 2022Which phone is the best to buy? Huawei Nova Y9A or Huawei N... moreIs this phone waterproof

Kuzgun, 20 Jan 2022What did you expect for an entry level phone? A Huawei Mate... moreFor 400$ you think this is pretty good? You're wrong. 425$ is entering mid range territory. Go see what the r edmi note 10 pro does for only 294$ because it's clear you don't know what you are talking about

Huawei is really alienating the few supporters they have in South Africa with this crap. Releasing a Y Series phone (released in 2020) in our country under the Nova moniker, claiming it's a "new" addition. Very poor form, and hideously overpriced for the specs.

Silentwalker, 01 Feb 2022I just noticed the same thing. It got released now in South... moreSouth Africans are very excited and I just gve them a heads up on this fraudulent thing being done by huawei, in south africa huawei says this is a nova while it's just a Y9 series in a upgraded version