I was wrong about the Google Pixel 3 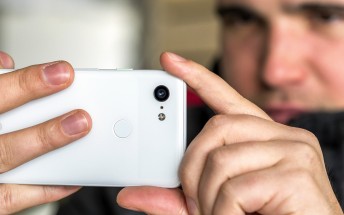 Just before Googles October 9 Pixel 3 event, I wrote a piece about how the Pixel 3 XL is going to be a big deal.

And I was wrong. It turned out that the Pixel 3 is the bigger deal of the two. It's Googles best phone yet and its the Pixel worth getting this year. 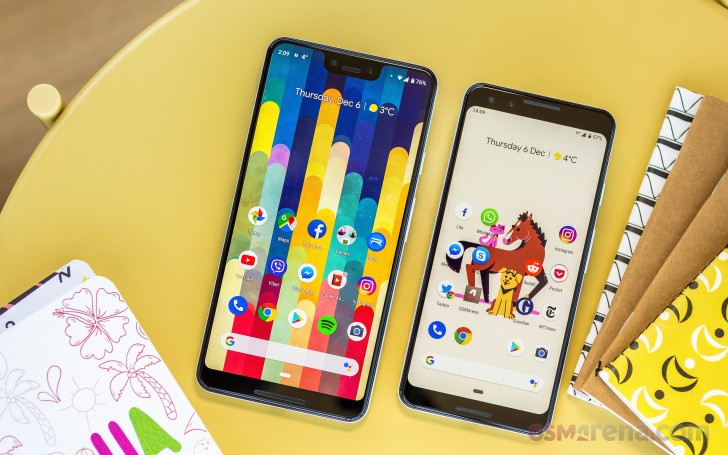 After having owned the Pixel 2 XL last year, this fall I bought the Pixel 3 XL during one of the promos that brought its price to levels i find reasonable - about 200 below its MSRP. Ive been mostly happy ever since but I cant help but feel I made the wrong choice by going for the larger Pixel phone this year.

Google made a good big phone in the Pixel 3 XL but it made one of (if not) the best small phones in the Pixel 3. Heres what I consider the trifecta of great compact phones at the moment - the Pixel 3, the iPhone XS and the Samsung Galaxy S9. The Pixel 3 feels the most compact among them because of its narrower body and most importantly, its diminutive weight.

What makes the Pixel 3 the nicest of the three isnt found on its specs sheet, though. Its battery is the smallest of the three, as is its display. It lacks any hardware perks that the other two can't match. But the Pixel 3 has a few meaningful touches that other phones lack - a unique camera experience, a wide-angle selfie camera, a subtle vibration motor and a polished software thats the best feature of the phone and not the afterthought. The last one rings truer for the Galaxy S9 than for the iPhone, but I still find Android Pie on the Pixel a more refined OS than iOS 12, thanks to stuff like smart notification suggestions, the Now Playing song recognition while the phone is locked, the dark theme of the launcher and the quick launch of the camera, to name a few. 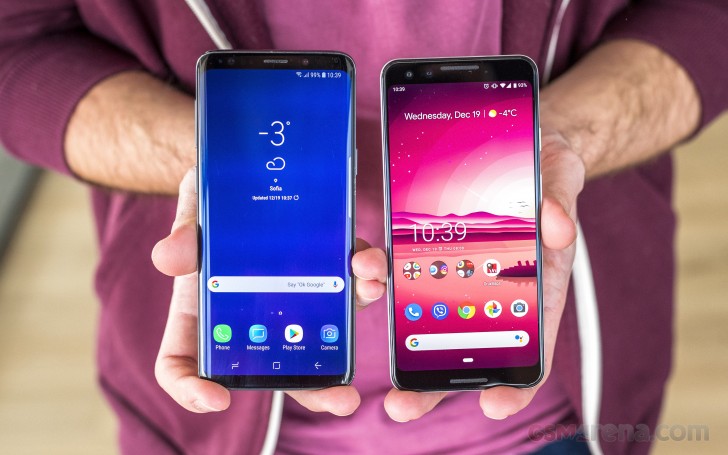 The Pixel 3 also looks the nicest of the three - Google is the only company that has made a glass-backed phone that has some style (and feels nice while at it).

Much of what I said is true of the larger Pixel 3 XL but that phone feels as ordinary as every other Plus-sized phone around, outside of its stand-out notch (which Ive grown rather fond of - it looks like a quirky robot face to me). We just live in a big-phone world and there are big-phones for every taste and pocket.

There are fewer top-tier compact phones and the Pixel 3 stands out as the most special among them. 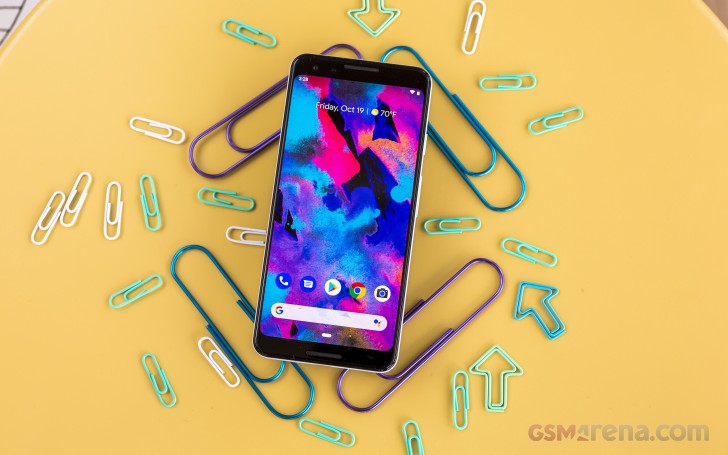 I was also not completely correct in my expectations of Google prior to the Pixel 3 and 3 XL's launch. I said the new Pixel will almost certainly have a better camera, perhaps through software as much as hardware, and I was right - Night Sight is a game changer in less-than-ideal light - and the new ultra-wide selfie camera is a blessing for group selfies. I expected Google to fix the displays and they did - the screen on our in-house Pixel 3 is lovely and so is the panel on my Pixel 3 XL. I expected Google to fix the buzzing and crackling speakers (the reason I returned my Pixel 2 XL) - they didnt. My Pixel 3 XL has the same hiss and buzz from the top speaker when listening to music or taking on the phone as my old one. At least our Pixel 3 review unit is not affected so theres hope of you getting a unit without issues.

The battery life on the Pixel 3 XL has gotten worse - the Pixel 2 XL was a battery champ, the Pixel 3 XL is just okay. It would definitely last me through a full day but when I place it on the charger before I go to bed it has 20-30% charge left, where the Galaxy Note9 would have 40-50%.

I can go on with the report but it all comes to the same point - in Googles third attempt at making a smartphone we get two frustratingly inconsistent devices. The smaller one is a pleasant rarity, the larger - a mundane rehash of any other flagship big phone.

Google still hasnt made a phone that is as good or gets people as excited to justify the Pixel 3 and 3 XLs exorbitant MSRP. 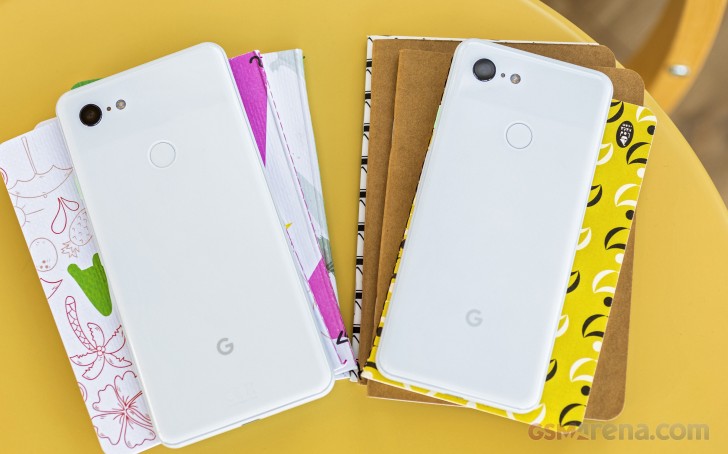 But as it so happens - the Pixel 3 and 3 XLs are often discounted. You can find a deal on either the small or large one at almost any given time in the holiday season. Perhaps those deals will stay online even after the holidays, well see. At the time of writing I was able to find the normally 850 64GB Pixel 3 for 600, thats kind of a bargain.

The Google Pixel 3 and Pixel 3 XL are not a big deal, in terms of smartphones in 2018. Theyre good phones but costly at their regular price. But at a discount of 200-250, theyre easy to recommend, especially the smaller Pixel 3. 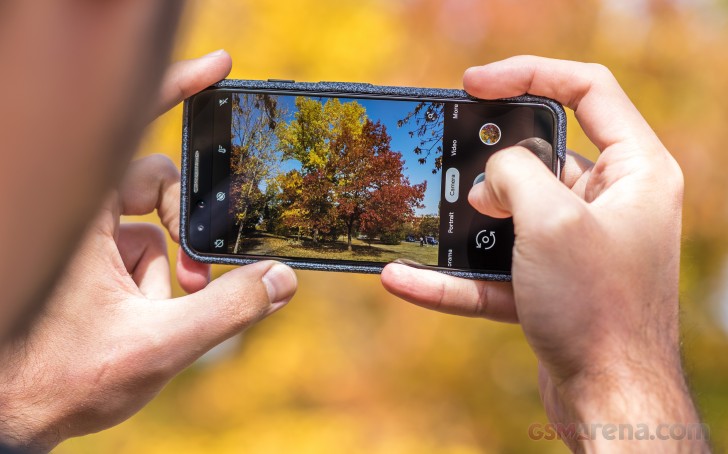 Youd get the most competent imaging package, a great software suite, stereo speakers, wireless charging and a lovely compact form factor, which needs to be experienced in-hand, rather than on the specs page of GSMArena.com, to be appreciated fully. Thats good enough for me, even if its not as big of a deal as I originally expected.

Never mind the ugly notch, the Pixel 3 XL is going to be a big deal

Back my Pixel 3 goes after 3 days-- CRASHED and sucking up battery... Verizon Tech said, "nothing but problems and recommended to get my money back. He could "fix" the problem, but as it is so new, take it back.

I compared to Pixel 2, which was amazing, but needed an improvement in HW and design. Pixel 3 is inline or almost inline with OEMs in terms of HW and design. On the other hand, Pixel 3 has the best software, security, camera and AI, which makes one...

Pixel 3/Pixel 3XL is the first google phone, that I didnÂt and will not buy it since nexus 5. Google failedreally hard this year.