A couple of weeks ago Ice Universe reported that the Samsung Galaxy S23 Ultra design will remain basically the same and that the dimensions will differ by fractions of a millimeter. Now the leakster has published more detailed data, including the screen size, resolution and dimensions for the entire S23 family.

Long story short, the display diagonal and resolution for all three models remain the same, while the height and width will grow by a few tenths of a millimeter. There is no word on weight, but it should be mostly the same as on this year’s S-series.

If you were hoping that the Galaxy S23 and S23+ displays will finally go back to QHD+ resolution (as they were in the S20 generation), Ice’s report makes it unlikely. Will they at least switch to LTPO panels? That much we don’t know yet.

Design aside, the Galaxy S23 Ultra will reportedly have a new 200MP camera, a new, bigger FP reader, the same 5,000mAh battery capacity (though with a retuned 45W charger to fill it up faster), the 10x periscope will be the same. That’s what the rumors claim and they say the same thing about the S23 and 23+ tele cameras. 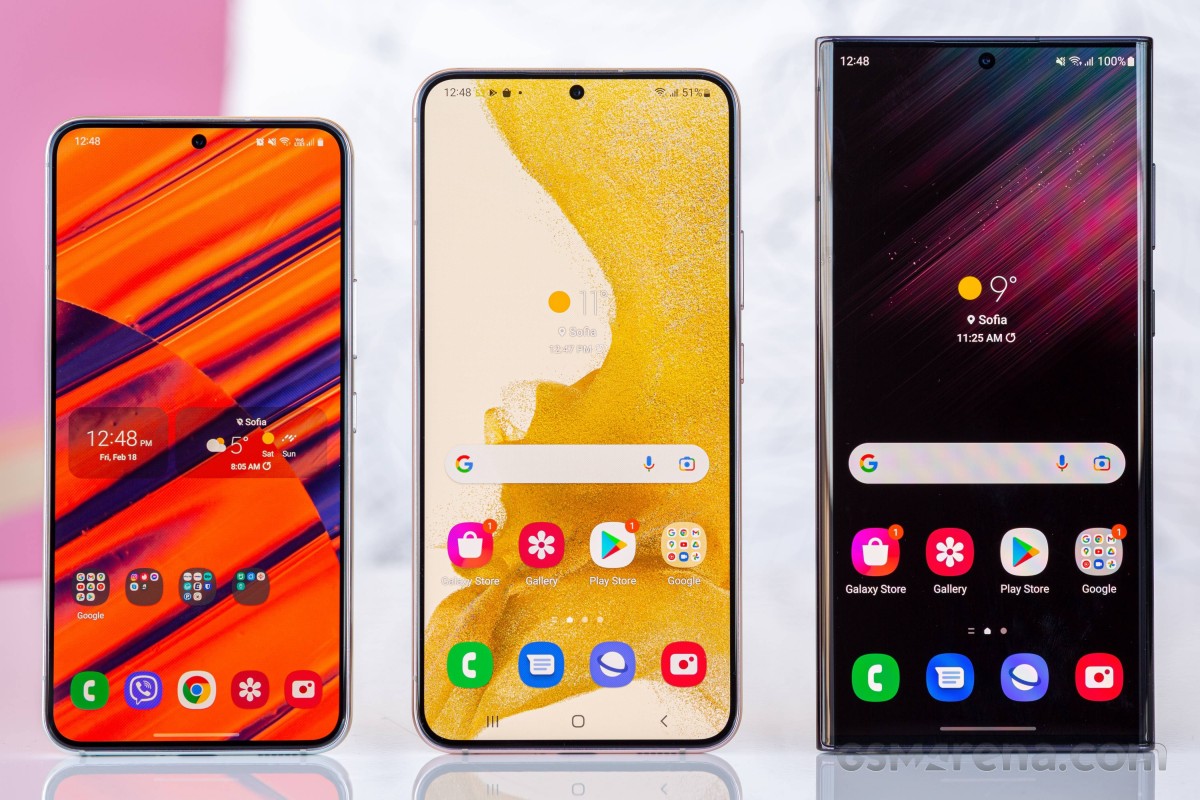 One major change for the S23 generation is that it will use exclusively Snapdragon chipsets, analysts have been saying it for a while and Qualcomm itself strongly hinted at the change.

The S23 would also benefit from faster than 25w charging, no camera hump, and an optional headphone jack.

The vanilla galaxy s flagship would benefit the most from an LTPO screen since it has the smallest battery among the three, but it wasn't present in S22 and seeing how the competition gets away with crippling their vanilla flagship (60Hz refresh...