It’s only a few days into the new year, but Motorola already has several G-series models on the way. Let’s start with the Moto G Power (2021) as that requires some explanation. This is actually a variation of the Moto G10 Play, which leaked in November. It’s for the US market and has the model number XT-2117.

The phone can be seen as a “lite” version of the Moto G9 Power, which went official in November. It will use the same Snapdragon 662 chipset, but with less memory – there will be two versions, 3/32 GB and 4/64 GB. Also, the main camera will step down from 64 MP to 48 MP and the selfie camera resolution will be halved to 8 MP. The two 2 MP modules on the back remain unchanged. 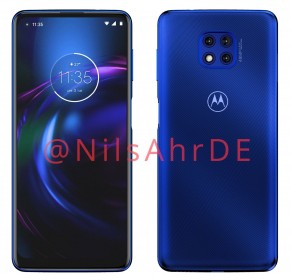 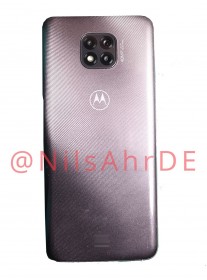 More importantly, the battery will have only 4,850 mAh capacity. That’s on the small side for a phone with the Power badge. For comparison, the G9 Power has a 6,000 mAh battery. The Moto G Power (2021) should be out soon, it will be available in Blue (pictured above), Gray and Silver. 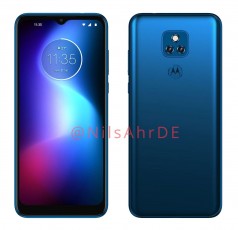 However, the 48 MP main camera is replaced with a basic 13 MP module while the selfie cam gets a 5 MP sensor (down from 8 MP). And the 2 MP depth sensor may be replaced by a macro camera, if anyone cares. This phone has a model number XT-2093 and is code named “Guam”.

Motorola Capri Plus appears on Geekbench alongside rumored Motorola Nio

The Moto Z succesor was the Moto Edge and Edge+

What happened to the Moto Z5 Flagship it was supposed to be out in April or May of 2020 could you please answer that question thank you.

They are teaming up with them to have a phone with the new Snapdragon 888, It will be with there new stylus phone