We have a pretty good idea of what Motorola’s RAZR 2019 smartphone will look like thanks to leaks of both live images and renders. Later today, Motorola will be making the phone’s existence public, but the FCC has published images of the device from all angles.

First covered by the folks over at MySmartPrice, the new Moto RAZR has a model number T56XM1. The images shown are of a black device and we wonder how many other colors there could be.

Upon closer inspection of the tall display inside, there’s a notch at the top which contains both a front-facing camera and an earpiece for phone calls. The bottom has a thick “handle” just like the original Motorola RAZR flip phone did. This handle houses both a fingerprint scanner and a USB-C port at the bottom. 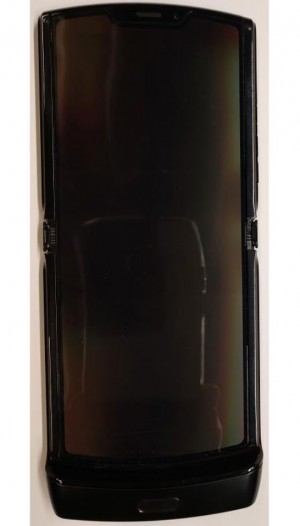 In the closed position, the back of the display sits flush with the thick lower portion. The upper back of the display contains the main camera, dual LED flash, and an external display. What’s interesting is the texture of the lower half of the phone. We speculate it could be made of carbon fiber or even Kevlar – Motorola has used the latter in the Droid RAZR lineup that launched on Verizon several years ago. 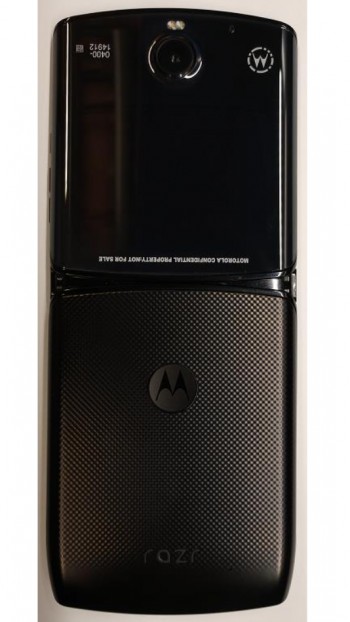 This is the first time we get a closer look at other angles of the RAZR. The left side of the phone has no buttons, but the right side has power and volume keys. This will be interesting as closing the phone will flip their positions when using the external display. The endcaps of the hinge mechanism is also spotted here. We wonder how well its protected from outside debris.

The top and bottom views offer a closer look at the notch at the top. You can also see a fine texture at the bottom of the thick lower section. 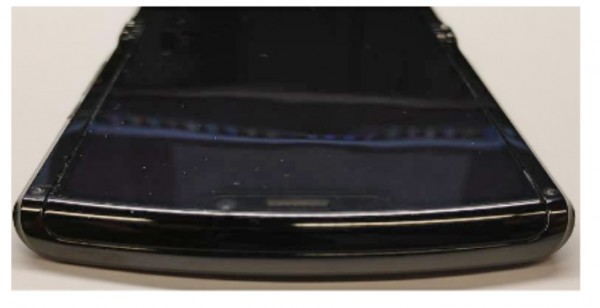 The Motorola RAZR is expected to arrive with a Snapdragon 710 CPU and either 4GB or 6GB of RAM with either 64GB or 128GB of storage, respectively. There’s also a 2,730 mAh battery – which explains the need for a lower-power CPU. Finally, the RAZR is expected to cost $1500 and may be a Verizon exclusive for a while.

Check out the Source link for the full FCC document with images of the RAZR both open and closed.

Motorola One Hyper gets FCC certification with a 4,000 mAh battery

I'd had a Panasonic.X70 neatly a year earlier. A much more beautiful device. By the time the RAZR came out I had my first smartphone. The RAZR by comparison looked like it belonged in a museum. Things may have been different in the US in 2...

It's too expensive, can't affordable