Earlier we reported about Microsoft and Xiaomi signing an agreement to make the Windows 10 compatible with the Xiaomi Mi4 smartphone. 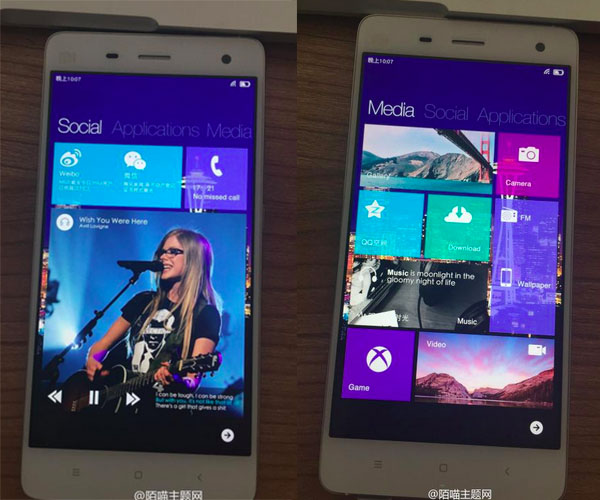 Now some fresh images of a Mi 4 unit running the Windows 10 Technical Preview have been spotted. It is unclear whether the Windows 10 build will be able to make the best of the Mi4 hardware and render the capacitive menu keys in the front useless.

This is just a glimpse of what can be expected in near future.

what about turning window phone into android.

This is not Windows. It's a Chinese copy of the Windows GUI, running on something else, probably scamdroid.