In a first, Samsung will live stream Galaxy S7 launch event in 360-degrees

Samsung has announced that the launch event of its upcoming Galaxy S7 flagship smartphone will be presented in 360-degree live streaming, making it the first time when viewers will be able to enjoy a 360-degree view of a Galaxy Unpacked event. 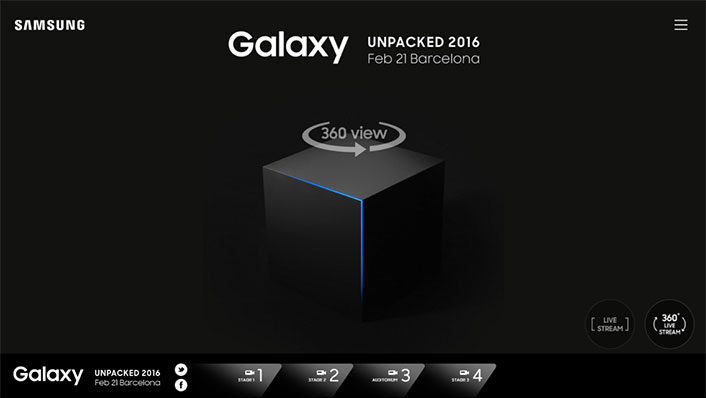 "During Galaxy Unpacked you will get four options for where to watch—from the auditorium, stage left, stage right or from center stage. Pick whichever spot is right for you, then use the 360 live streaming to get a complete view of the event from every angle," Samsung said in a press release.

I'm so excited to watch it with Gear VR. I can choose my own point of view. Wow!

They are not important.

Agree samsung is good but...if samsung is best than why not usb c type, why not ir blaster, why not removable battery, after all this is their upcoming flagship of 2016...lol