Infinix has developed an improved vapor chamber cooling system that it calls “3D Vapor Cloud Chamber” (3D VCC). Compared to conventional designs, it reduces the temperature of the chipset by 3°C, according to the company.

The way it does this is by improving the contact between the chipset and the vapor chamber itself. Phone VCs are typically flat, which requires the use of thermal paste (or a similar material) to mate the chipset and VC. 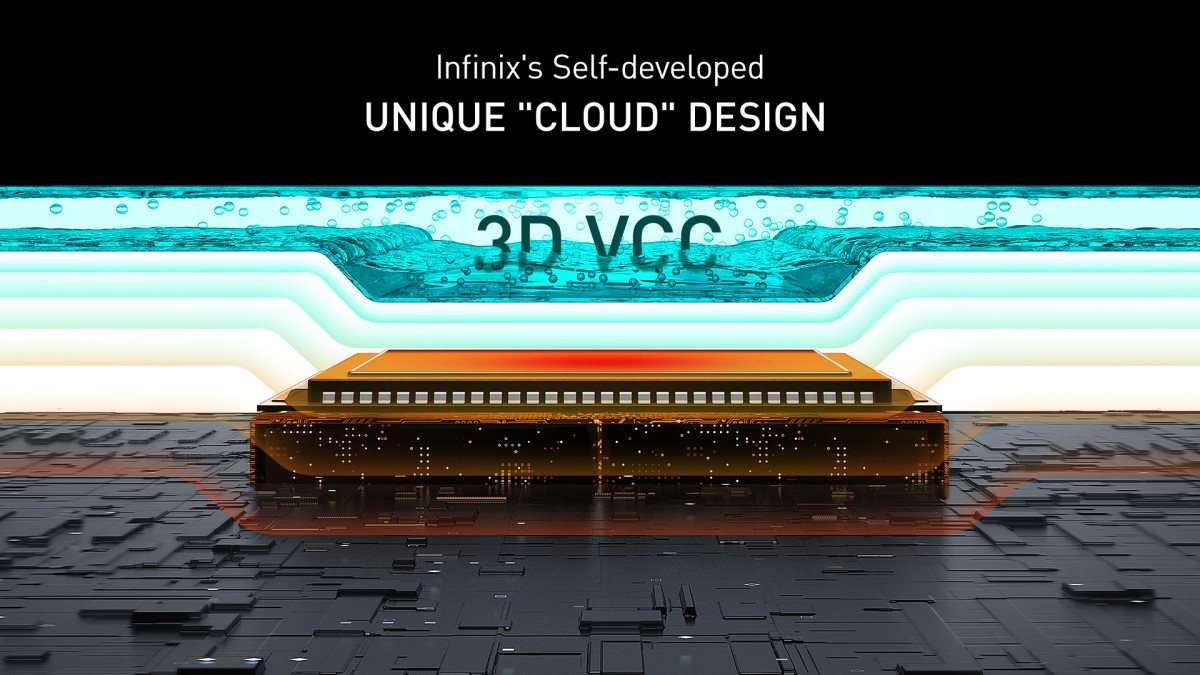 The 3D VCC design has a “bump” that leaves only the tiniest gap between the chamber and the chipset. The bump has an additional advantage – it increases the internal volume of the VC, which means it can hold more water.

This design was promising but introduced some challenges. Since vapor chambers are purely passive elements, they rely on a wick material to transfer the condensed water from the cool part of the phone back to the hot areas where it can evaporate again (and take the heat with it). The bump disrupted the normal flow, so Infinix’s R&D team had to figure out how to restore it. The solution was to use a sophisticated capillary structure and an advanced welding technique. Now the company is looking into ways to further improve this design. It wants to make 3D VCCs thinner and give them more bumps, so that they can effectively cool other heat-generating components too. The company is also investigating new materials and integrating the 3D VCC with the phone’s middle frame.

Congratulations, like a proper Anon you are, you managed to bring Apple into this discussion. Somehow. Brilliant. Because you're such an expert now because you said absolutely nothing of worth here. Less than nothing actually. This is about cool...

Such a jobless apple troll. Alway comes with bs again and again with having any sort of education

Play Pubg or any other high end game on helio, you'll learn