Infinix has a couple of current devices under its “Hot” family line – the vanilla Hot 10 and the Hot 10 Lite. Like its name suggests, the latter downgrades specs a bit, through things like a smaller 6.6-inch display, slightly smaller battery, less memory and one fewer main camera module. Following in the same trend, an Infinix Hot 10 Play has surfaced on the FCC website – an even cheaper device, with an AI Dual Rear camera setup.

The FCC filing is for an Infinix X688C – an official model number that has been cross-referenced with other documentation and matched-up wit the Hot 10 Play branding. The same device model has also been linked to a particular 10W charger (model number U100XSA). Meaning that it is safe to assume 10W as the top charging speed of the Hot 10 Play. 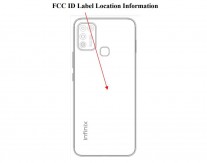 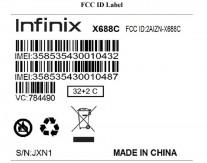 As for the main FCC document, it clearly shows the AI Dual Camera setup on the back of the phone. In turn, the printed FCC label mentions a 2GB/32GB memory configuration – same as the base variant of the Infinix Hot 10 Lite. Unfortunately, not much else in terms of specs. That being said, we expect the Play to borrow most of its other bits from the Hot 10 Lite. The camera downgrade alone should be enough to cut a bit of the price off.

There is no official word on the Infinix Hot 10 Play as of yet from the manufacturer. However, a round of certificates typically indicates an imminent launch.

hello this is good phone