The Infinix Note 10 Pro announced in May has arrived at our office for review. We've received it in the 7° Purple color (yes, that's what it's called), but there are two more options - 95° Black and Nordic Secret. The smartphone comes bundled with a 33W charger, USB-C cable, wired earphones, and a protective case to help you keep the handset in its pristine form. 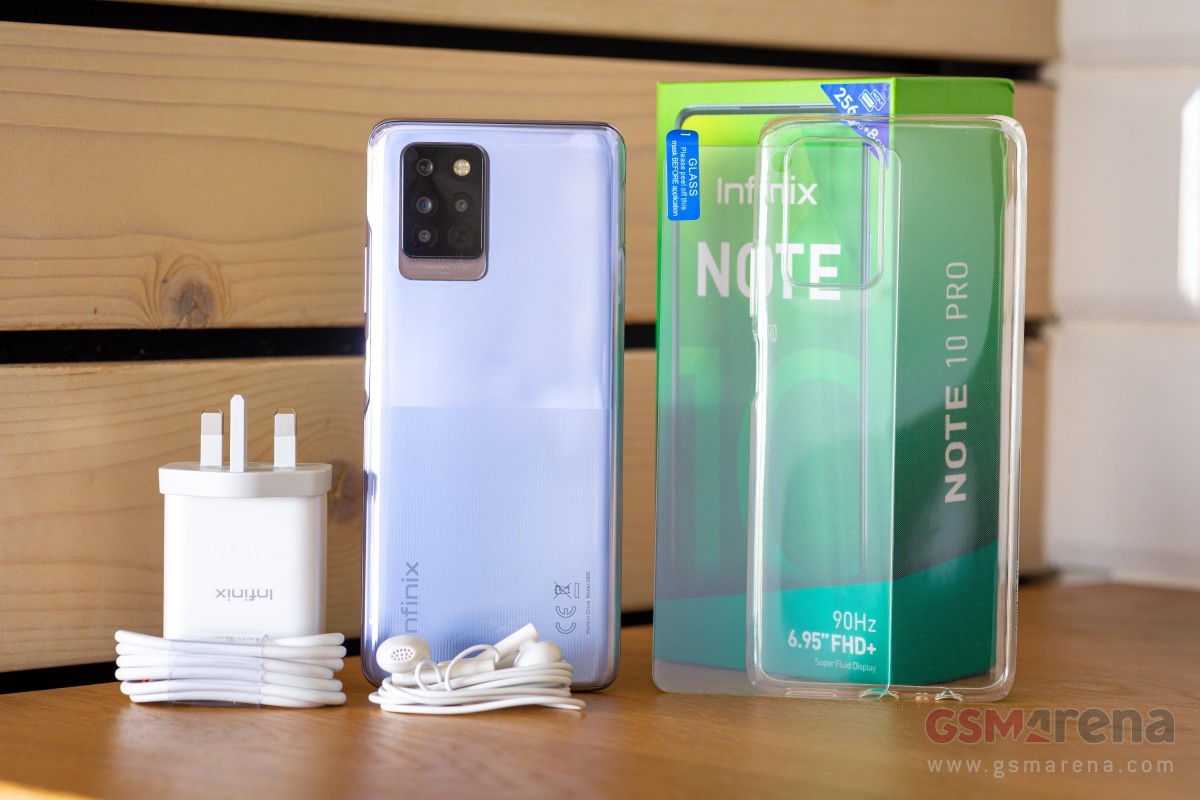 The Infinix Note 10 Pro is built around a 6.95" FullHD+ 90Hz LCD with a punch hole in the center for the 16MP selfie camera. The rear panel of the smartphone, flaunting a dual-tone design, sports a rectangular island housing LED flash and four cameras - 64MP primary, 8MP ultrawide, 2MP depth, and 2MP monochrome. The ultrawide unit also lets you take macro shots. 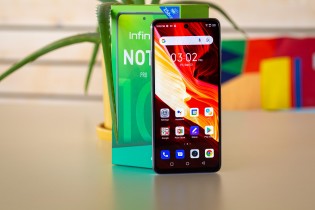 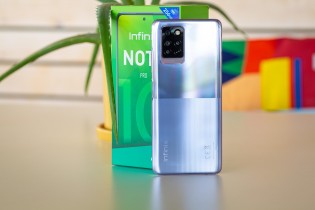 Under the hood, we have the Helio G95 SoC with up to 8GB RAM and up to 256GB storage. The smartphone also has a microSD card slot for storage expansion by up to 2TB, and on the software side, we get Android 11 out of the box with XOS 7.6 on top.

The Infinix Note 10 Pro also features a side-mounted fingerprint reader for password-less unlocking, and fueling the entire package is a 5,000 mAh battery that draws power through a USB-C port.

The battery is advertised to take 50 minutes less time than its predecessor for a full charge with the bundled adapter. We'll obviously test that claim along with the rest of the Note 10 Pro's features in our full review, so stick around. 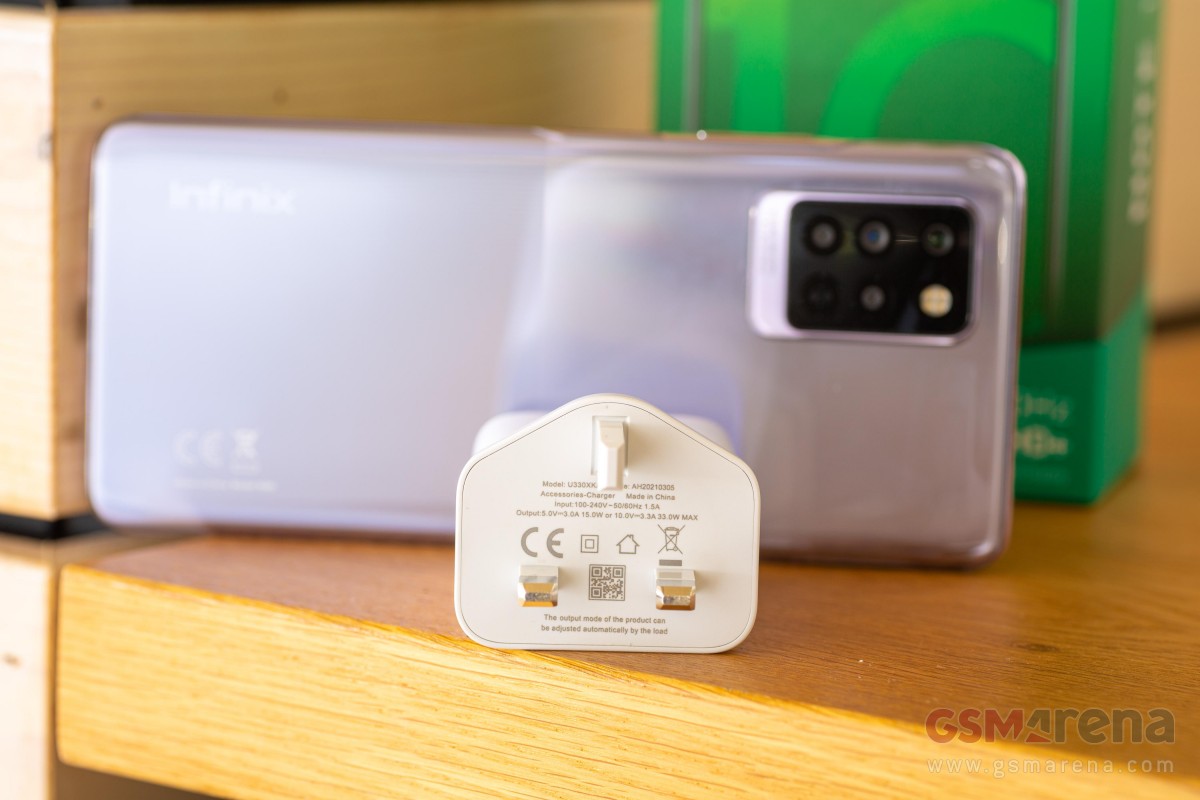 Please GSMarena I need to see the review of this phone please, love to get one. When will it be uploaded? Thank you.

please do a review of this device