Infographic: The Path to Google Pixels 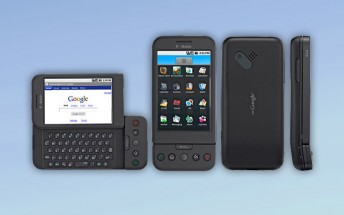 No, this isnt the next edition of Counterclockwise, but it may as well be. Yesterday we saw the introduction of the Google Pixel 3 and Pixel 3 XL and their price may have brought you back to the time when cheap but powerful Nexus phones were available.

Of course Androids 10 year long history didnt start with the Nexus. The infographic below (created by Hometop) is a timeline of the best Google phones. Did you know that the Nexus S was the first smartphone certified by NASA to go on the International Space Station? And it wasnt the last Google phone to go to the final frontier. That and more interesting tidbits of Google phone history await below.

PS. Starting with the Galaxy Nexus all Nexus and Pixel phones have been using fish-based code names. How many of these species do you recognize without checking Wikipedia?

The Nexus line is dead, Nexus 5X and 6P pulled from the Google Store

The G1 was one of the best phones I've ever owned. I opted for HTC phones almost exclusively after that up until the M8. Shame HTC or the Pixel 3 can't capture that magic.

i had the galaxy nexus, damn good phone, also the only samsung i've had in my life