Apple has experimented a fair bit with the iPad line over the years, culminating with the new design and powerful internals on the pair of 2018 Pro models - iPad Pro 12.9 (2018) and iPad Pro 11. However, Apple's official store still carries the older iPad Pro 10.5 (2017) as well as the iPad 9.7 (2018), with a slightly older chipset and a lower price tag. Weirdly still, there is also an iPad Mini 4 still in official sales and circulation, dating all the way back to 2015, with even older internals.

Now, as per a few references, discovered by a known iOS tinkerer inside Apple's latest iOS 12.2 build, there could be at least a pair of new iPads on the horizon. The references in question describe a total of four new iPads - two Wi-Fi only and two Cellular variants, leading many to believe that these are a refresh to the regular 9.7-inch model and somewhat surprising iPad mini 5.

In theory, iOS 12.2 references four new iPads in WiFi & Cellular variants (perhaps mini, and 9.7"?), all without Face ID, and a (seventh-gen?) iPod touch with no Touch ID nor Face ID pic.twitter.com/xiJN6kmmTe

It all ties in pretty well with at least a few earlier leaks. One mentioned both an iPad mini 5, as well as a new 9.7-inch "regular" variant, now with a slightly bigger 10-inch display and slimmed-down bezels. 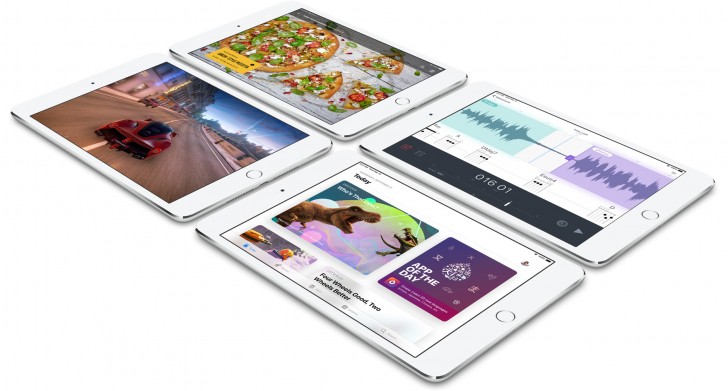 The iOS leak keeps on giving with yet another mention of a future Apple device - an iPod Touch, of all things. Steve also found no reference to either Touch ID or Face ID for said device.

your right, I don't own an ipad, I own 2 iPads. Swiping left and right on an iPad is not convenient as you say. Now I know you don't have one. iPad is not as small as a smartphone and the form factor is 4:3. You need to swipe more than half the scr...

Everyone knows you are lying and don't own an iPad cos all apple users know that for the last 7 years you can go back by swiping from the left haha Which is the most convenient thing ever.

IOS 12 killed the control center on older iPad pros. Apple just said F our past customers, adapt to our new controls or peace.