iOS 13 Reminders sync will be restored with macOS Catalina release

As of today, iOS 13 has already gotten two updates with the most recent 13.1.2 version aiming to iron out several bugs like Bluetooth and iCloud sync. Despite these efforts, iOS users are reporting that the Reminders app is not able to sync with Apple computers. Apple went ahead and released an official statement which explains that the sync feature will be restored with the official release of macOS 10.15 Catalina on October 4.

If you upgrade your reminders on your iPhone with iOS 13, your iPad and Mac using the same iCloud account can't access your reminders until iPadOS and macOS Catalina are available.

In the meantime, Apple suggests that users resort to the web version of iCloud which works on both Mac and PC. The Reminders app in iOS 13 is receiving some major functionality improvements with a new quick toolbar, smart lists, subtasks with attachments and reminders when messaging. 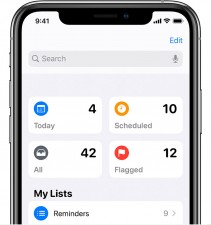 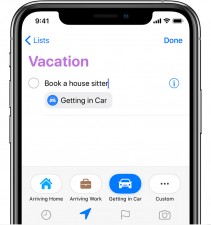 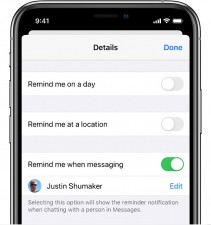 iOS 13.1 will tell you that your replaced screen isn't genuine

I need to elaborate on how “funny” this is for you, since youre a lready aware that you are doing classic compensation to feel better about yourself by pretending to enjoy this. Fact: the reminder app in ios13 will present a list over apple device...

Looking forward to official Catalina release but reminders has nothing to do with it. It does however look like the new fully rebuilt reminders app has made it far better, I may start using it on iPhone, it’s not suitable for non-handhelds anyway. It...