Apple has started seeding the iOS 9.3 beta 7 release for developers and public beta testers. This is the last beta release of the OS before its expected public release next week. 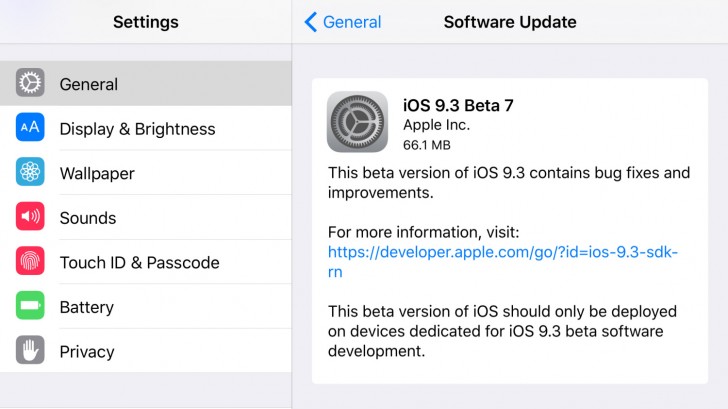 The iOS 9.3 beta 7 includes a new Night Shift mode that changes the display temperature at night for less eye strain. Another new feature is the Touch ID and password-protected items in the Notes app.

Finally, there are new CarPlay features and expanded 3D Touch options on apps, which now includes the Settings menu.

I guess before we get into the whole my iPhone is better than your Android, vice versa, who started this war???? Apple in 2007, and everybody wants to try and knock a well thought out product. Everybody tries to either knock them over or out do them....

iOS 9.3 BETA 1 had nightmode on months before even android n perviwe launched.