iPad Pro to be available on November 11, report says 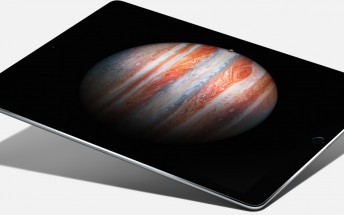 Apple unveiled the iPad Pro at its event at the beginning of September, but so far the company has not announced a release date for the biggest tablet it's ever made. Apple only mentioned the month of November as a time frame for when we should expect the iPad Pro to hit stores.

Yet according to a report that is said to come from multiple trustworthy sources, the iPad Pro's release date will be November 11. That's when you'll be able to find it in stock both at physical and online stores. The information only seems to be valid for the US, keep that in mind.

lol you know its true, apple sells billions but that doesnt mean they have the best products, that only means their marketing works

Envy? Hate? Ok, maybe I hate that apple takes advantage of people being ignorant (no offense intended), and Envy? are you serious? There is nothing I can wish my Z3 Compact or surface pro 3 had that is on apple, on the contrary, lots of things my dev...

fanboy of who or what? I use both android and windows, hell even ubuntu, but apple products are just made for blind people, remember how spanish tricked the mayans into giving them GOLD FOR MIRRORS? well apple is charging all of you fanboys a fortune...