Meet Apple’s first “Pro” phones. They earn that moniker for the brand new display panel, third camera and the fastest mobile chipset ever, which enables new image processing tricks along the way. 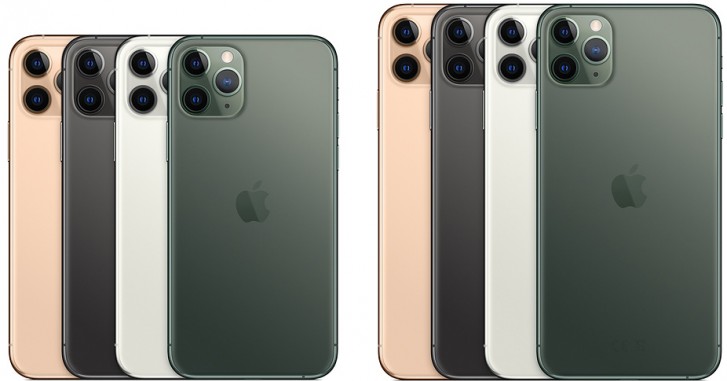 The iPhone 11 Pro has a 5.8” screen, the Pro Max gets a 6.5” panel. Both are Super Retina XDR display. It’s an OLED that peaks at an impressive 1,200 nits brightness and yet is 15% more energy efficient. It supports a full complement of image quality features – from HDR10 to Dolby Vision.

The Pro duo uses an all new triple camera with 12MP sensors. The main shooter has a 26mm f/1.8 lens, optical image stabilization (OIS) and Dual Pixel AF. The telephoto lens remains 52mm (2x optical zoom), it’s brighter than before at f/2.0 and offers OIS and Dual Pixel AF like the main cam.

The new member of the family is the 13mm (120°) ultra wide-angle camera. The cameras talk to each other, so when you switch between them they already know the correct focus, exposure and tone mapping settings. 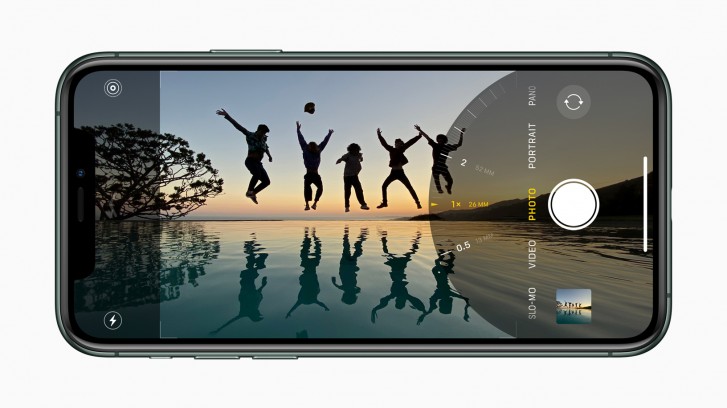 All three cameras shoot 4K at 60fps with extended color range. Impressively, the Filmic app can shoot with all four cameras simultaneously (including the selfie cam), so you get different views of the same scene plus footage of yourself. Also, Apple calibrates the three cameras at the factory to make sure they produce balanced images.

Apple finally properly jumped on the fast charging bandwagon – the new iPhones come with an 18W power brick in the box. Note that it still uses the Lighting port (but this time the included cable is USB-C to Lightning). Anyway, the iPhone 11 Pro offers 4 hours longer battery life than the XS, the iPhone 11 Pro Max outlasts the XS Max by 5 hours.

Note that the base storage remains at 64GB, so you'll probably want the 256GB or 512GB upgrade if you're going to use the Filmic app.

The Neural Engine has 8 cores (20% faster, 15% more efficient) and is in charge of image processing features. Deep Fusion will be released as a software update – it’s Apple’s version of HDR+. It takes 4 photos before you press the shutter, 4 when you do and then 1 long exposure. Then it picks the best shots and fuses them together. There’s a separate Night mode as well. 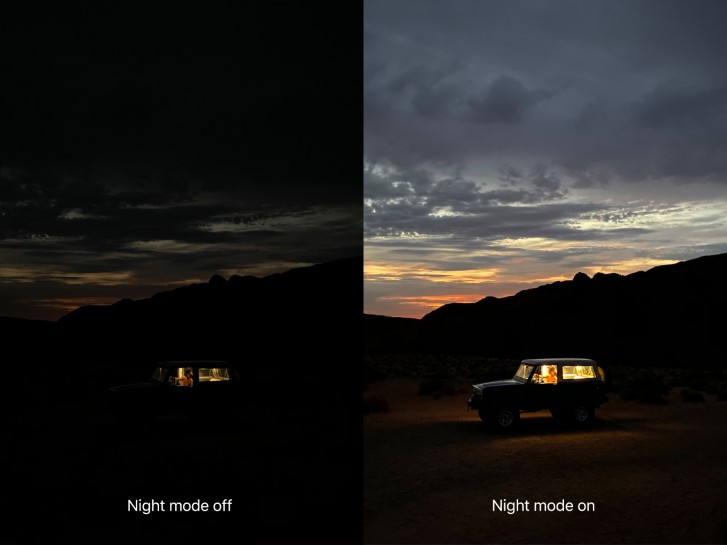 There’s a new color – Midnight Green – joining Space Gray, Silver and a new Gold. The back is machined from a single piece of glass and Apple used PVD coating to give it a matte finish. The rest of the chassis is built out of stainless steel. 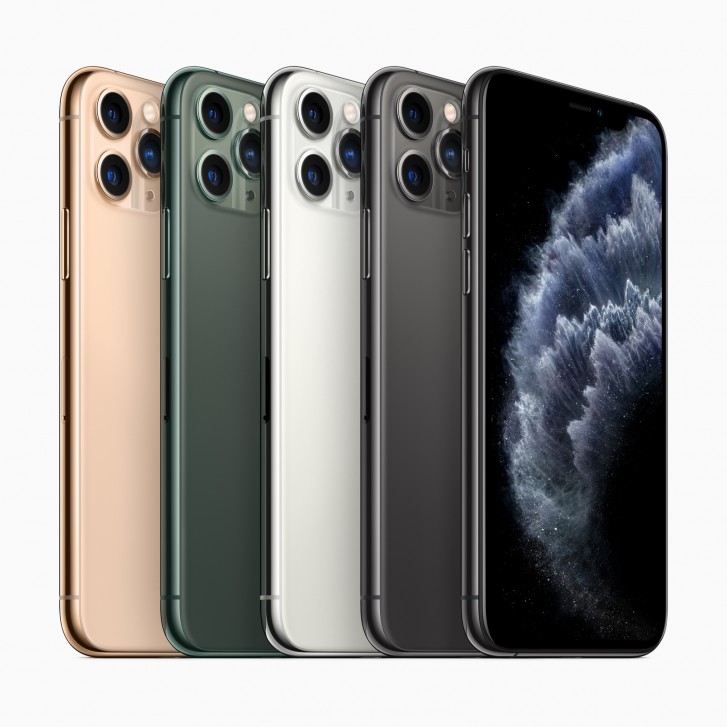 The two iPhone 11 Pro models are rated IP68 (up to 4m for 30 minutes) – that’s the most on any smartphone we’ve seen yet and twice as deep as the iPhone 11. Apple also unveiled a new brand of protective cases. 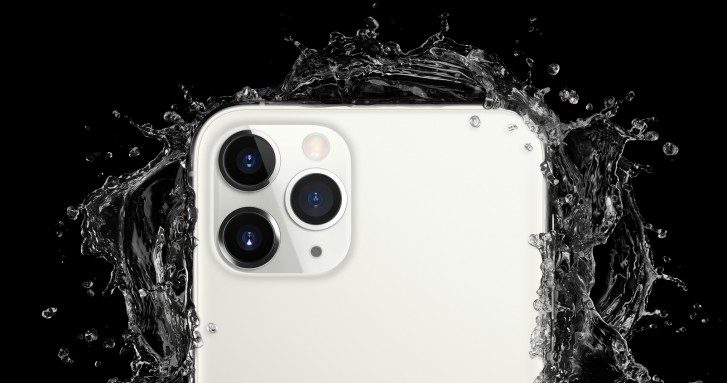 Paying 1000 bucks for huawei mate 20 copy and samsung copy funny meh. Other phones and devices are 5G at the moment and the apple 4G only with tiny battery poor durability and china made. Did i forgot something??? Oh yes the cheapest cost 800 ...

First of all - if you want the best of the best from Apple, you´re in the wrong address.