Alleged iPhone 14 Pro renders from a few days ago revealed a familiar design with an overhauled display appearance. The CAD-based renders showed a pill-shaped cutout for the Face ID sensors and another hole for the front-facing camera. The current schematics shared on Weibo seem to be in line with that earlier leak.

In addition to the cutouts, the image reveals all of the device's dimensions. The thickness, for example, is said to be 7.85mm which is a tad higher than the 7.65mm profile on the iPhone 14 Pro. By the looks of it, the new cutouts won't give that much additional screen real-estate compared to the notch. It's still early to tell, though. 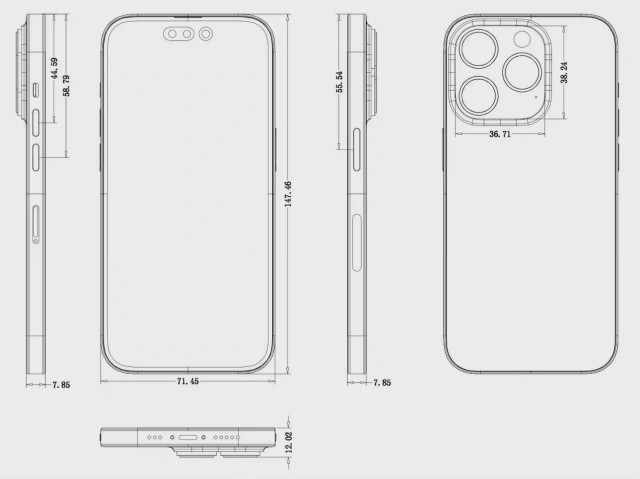 The rest of the design traits seem to be unchanged compared to the current iPhone 13 generation. Notably, the punch-hole selfie design will be available only to the Pro series while the standard and the mini will be settling for a notch for yet another year.

Instead of differentiating itself by creating new cool features, Apple is putting cutouts in the display.