Today, Apple has proudly announced that it sold over 10 million iPhone 6 and iPhone 6 Plus units over the first weekend during which they were on sale.

This apparently represents a new record for first-weekend iPhone sales, according to the company itself. Though if you were hoping for a breakdown of sales between the two iPhone 6 models, you're out of luck, as Apple didn't provide more details. 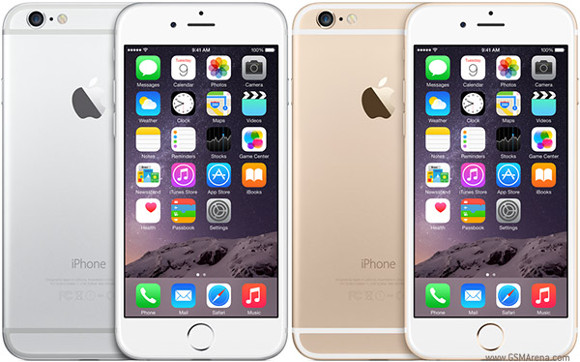 It's probably safe to assume that the 4.7-inch iPhone 6 massively outsold the bigger 5.5-inch iPhone 6 Plus, which would be nothing out of the ordinary. As mainstream as phablets have become already, they're still generally not better sold than more pocketable smartphones.

It's interesting to note that Apple has achieved this 10 million sales milestone despite the fact that the two new iPhones aren't officially available in China yet, nor is there currently a time frame for their release in the world's biggest smartphone market.

Last Friday, the iPhone 6 and iPhone 6 Plus went on sale in the US, Australia, Canada, France, Germany, Hong Kong, Japan, Puerto Rico, Singapore, and the UK. 20 more countries and territories will be getting them this Friday, on September 26. And Apple promises to have its two new phones in stores in 115 countries by the end of the year.

You also need to grow up and stop trolling in Apple related posts. Go to your android base and stop bashing something you don't bother about or don't use. Why do you care what other people like or buy?

Errmmm...isn't it because it is cheaper? Discounting the high-end Android phones, the rest are more or less 1/3 of iPhone's price. Even if I think with my butt, it is perfectly logical for there to be more Android phone than iPhone.

Too bad Apple was so starry eyed with their "perfect" design. They machined the housing so thin it will fold up into a fetal curl in you pocket.