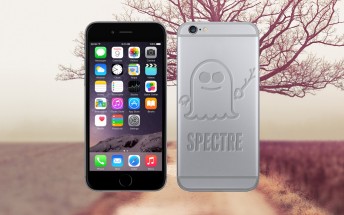 We always knew that patching the recently-discovered Meltdown and Spectre vulnerabilities will involve a drop in performance, especially in older devices. The magnitude of the drop is still being examined, but the early results don’t look good.

In at least one case, an iPhone 6 saw its Apple A8 lose 40% of its CPU performance after going from iOS 11.1.2 to 11.2.2. The test was run by Dutch entrepreneur Melvin Mughal who got the following results on his phone before and after the update.

Both single and multi-core performance are strongly affected and memory access took a hit as well. That was to be expected as both vulnerabilities exploit the CPU’s cache.

Since the test was run on the same phone, the scores are not affected by the battery-related slowdown. That does make it harder to collect more data, however.

For example, here’s one result from Geekbench’s database where the scores remain on pre-update levels and another one, which is closer to Melvin’s numbers. There are more 11.2.2 scores like that, but it’s hard to tell how much of the inconsistency is due to throttling due to an old battery.

I think the concerned person may have run the application with low power mode on. I have seen such scores repeatedly when low power mode is on. Once this mode is turned off, we get the normal scores

the is so much BS! I got an iphone 5s and after the latest update I get single 1290 and multi 2201. True that the phone has a new battery

This is what happens when there is no Steve Jobs.