The iQOO 7 managed to fend off new challengers for the performance crown in AnTuTu’s rankings for February 2021. The Snapdragon 888-powered flagship retains first place, despite a slight decline in average points.

The vivo X60 Pro+ mounted a strong challenge and lost by the slimmest of margins - just 14 points. As averages shift, we wouldn’t be surprised to see the X60 on top next month. Note that AnTuTu rankings are based on the average of multiple results rather than the best individual score. As more sample points are gathered the average shifts slightly.

Another newcomer, the Redmi K40 Pro, got into third place, just ahead of its sibling, the Xiaomi Mi 11. If you’ve been keeping score, that’s four Snapdragon 888 phones at the front. And it’s all Snapdragon down the list with the sole exception of the Kirin 9000-powered Huawei Mate 40 Pro in 5th. 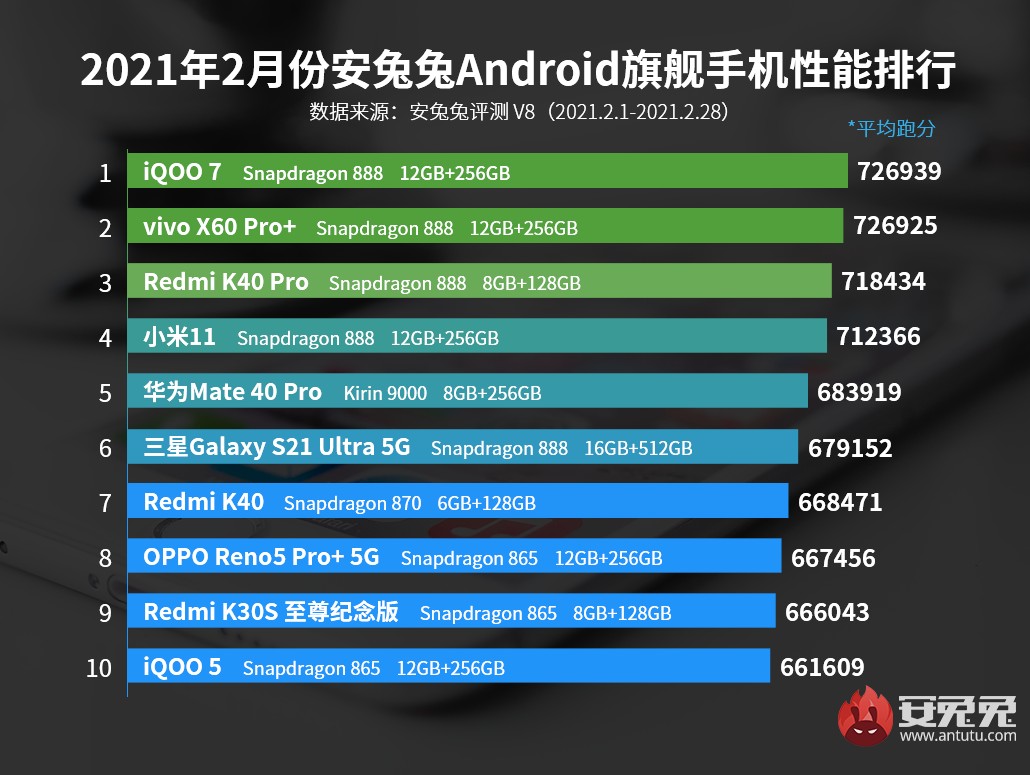 One chipset we’ve been curious to see is the Snapdragon 870 – a souped up 865. The Redmi K40 rode the 870 to seventh place, ahead of older 865 models, but behind the new 888 ones. This is pretty much where this chipset wants to be, an option for the not quite top of the line flagships.

Moving on to the mid-ranger charts, the Redmi 10X 5G and Redmi 10X Pro 5G retain their leading positions with the vanilla model extending its lead over the Pro. Third place was won by the new vivo S7t. All phones in the Top 3 are powered by the Dimensity 820. 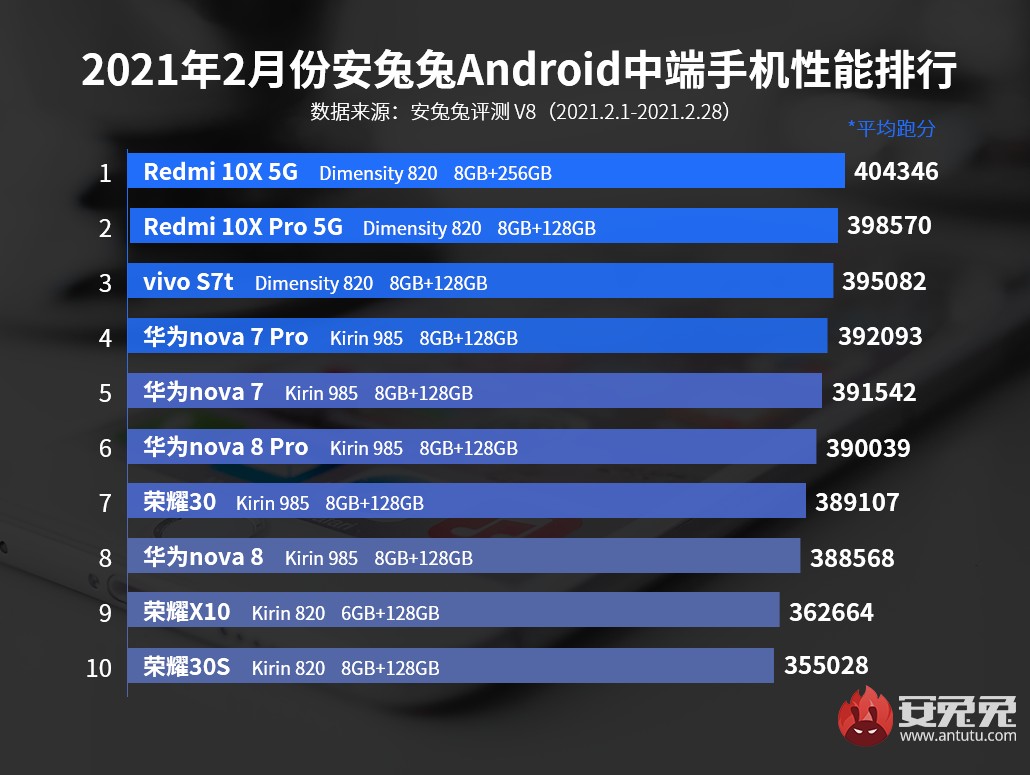 This pushes the Huawei nova 7 5G and nova 7 Pro 5G down a place (the Pro managed to edge out its vanilla sibling, it was behind it last month). Both novas are examples of Kirin 985-powered phones. In fact, the 985 powers the phones down to 8th place where another Kirin shows up in a couple of Honor phones.

A14 gets exposed in Antutu. Last year's Snapdragon 865 is ahead of it. After repeated tests, performance score goes below that of a Snapdragon 855.

I wonder how much a14 performance in this antutu test. How much its ahead. Good to see Kirin remain competitive among snapdragons