The iQOO Neo 6 is eye-catchy and likable right out of the box. The Dark Nova color is reminiscent of the northern lights but not as flashy as dedicated Aurora versions of other makers' phones. And the smooth transition between black and dark green makes the Dark Nova this cool. 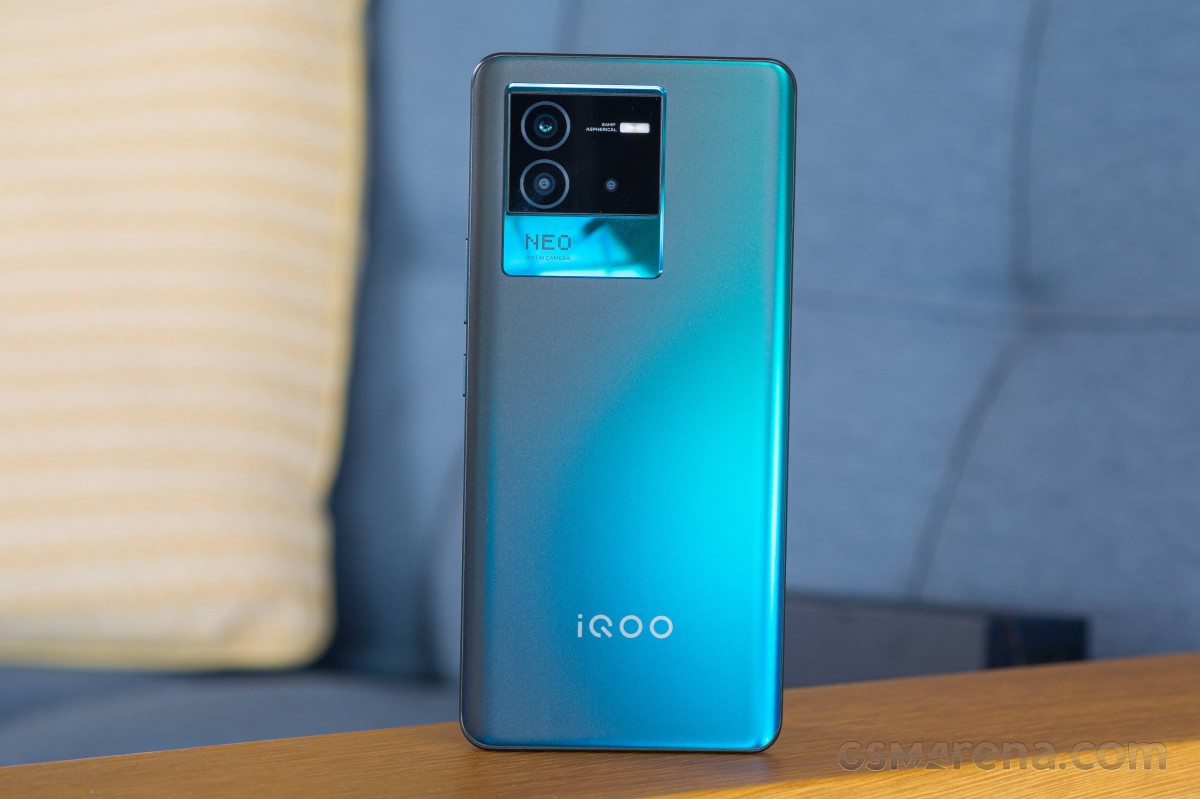 On the other hand, if you want flashy, the Cyber Rage version will get you that with light blue towards purplish-pinkish transition.

So, iQOO Neo 6's build is nothing out of the ordinary - there is a flat tempered glass on top of the screen, a thin and flat plastic frame with a matte finish, and a slightly curved plastic back with multiple layers of paint and matt, anti-glare coating. 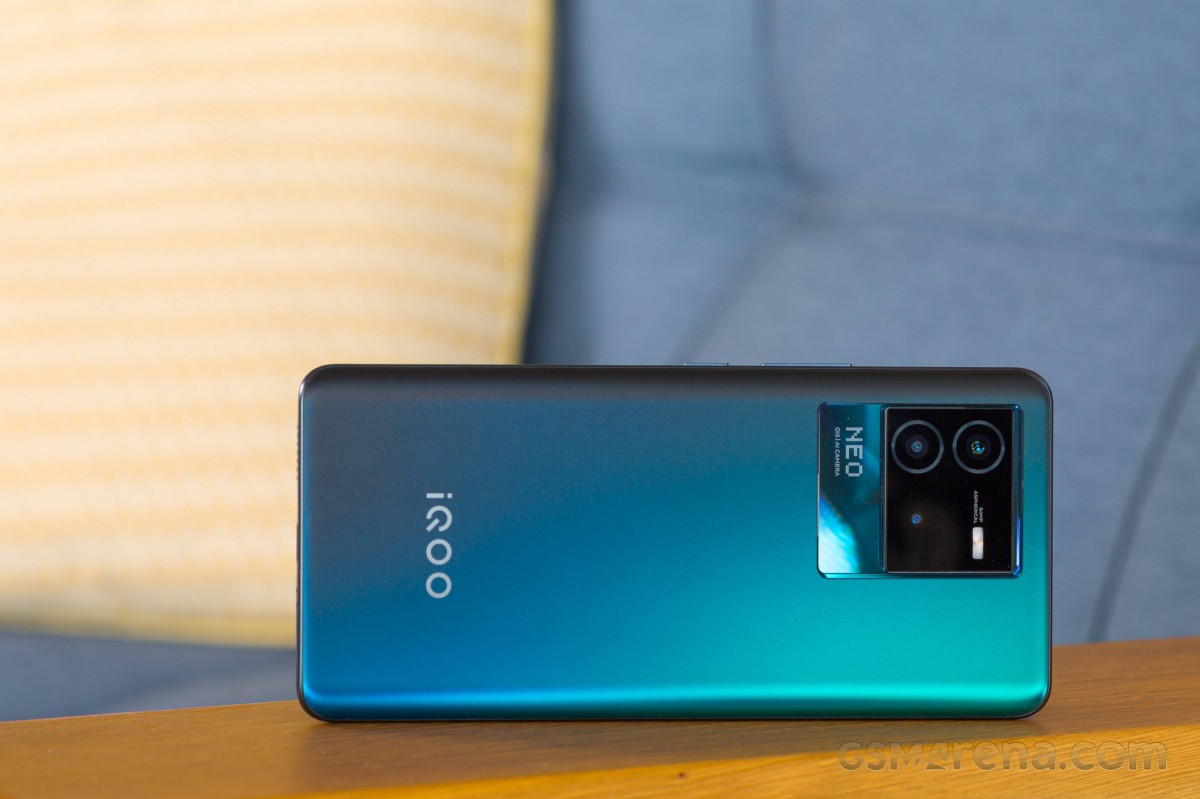 The rear panel's matter finish doesn't necessarily mean it's grippy. In the case of the iQOO Neo 6, both the frame and the back offer a similar non-glossy surface, but neither offers much in terms of grip and handling. They are quite smudge-resistant, though, so we do give them points for that. 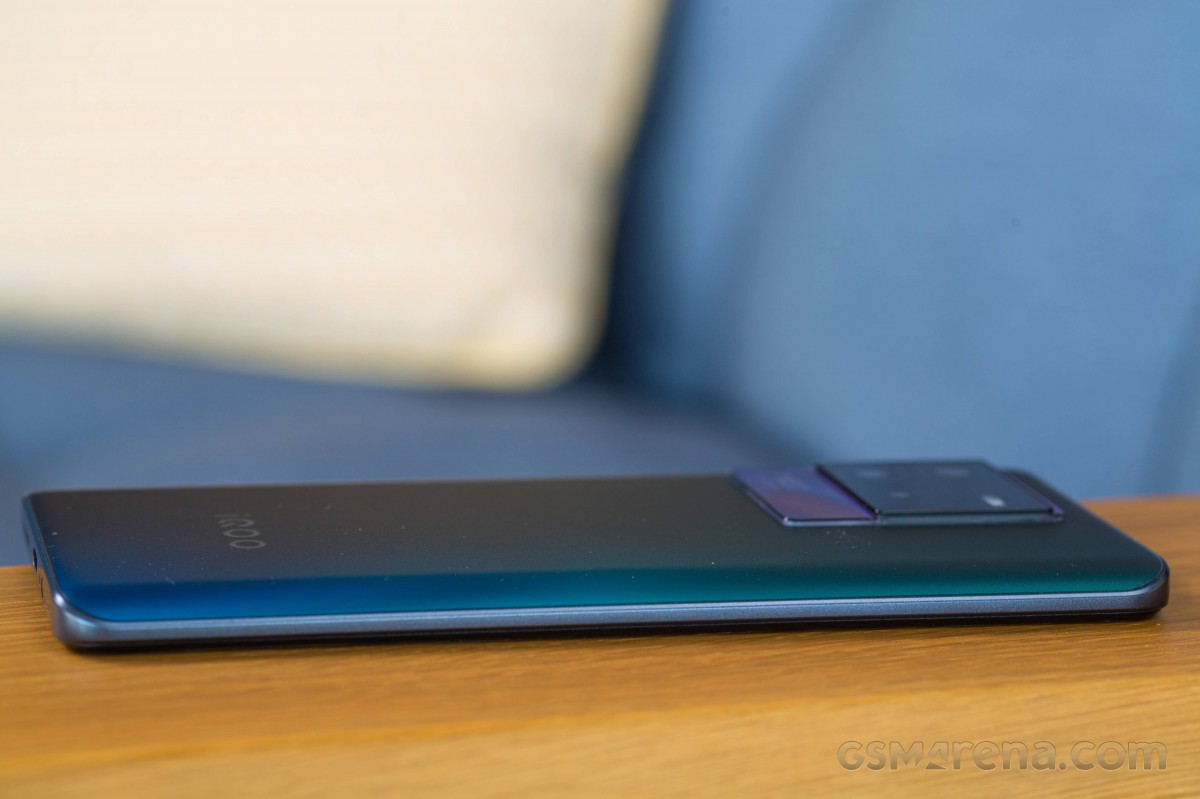 The phone is not officially advertised as having ingress protection. It still appears to feature some insulation, and tests published on YouTube revealed it can survive dips in the water. While this doesn't mean much, it still gives a peace of mind of sorts.

And now it's time to take a closer look at the front.

The front is occupied by the 6.62-inch E4 AMOLED screen of 1080p resolution, 120Hz refresh rate, and HDR10+ support. It is a bright, colorful panel with fast touch response and thin bezels. 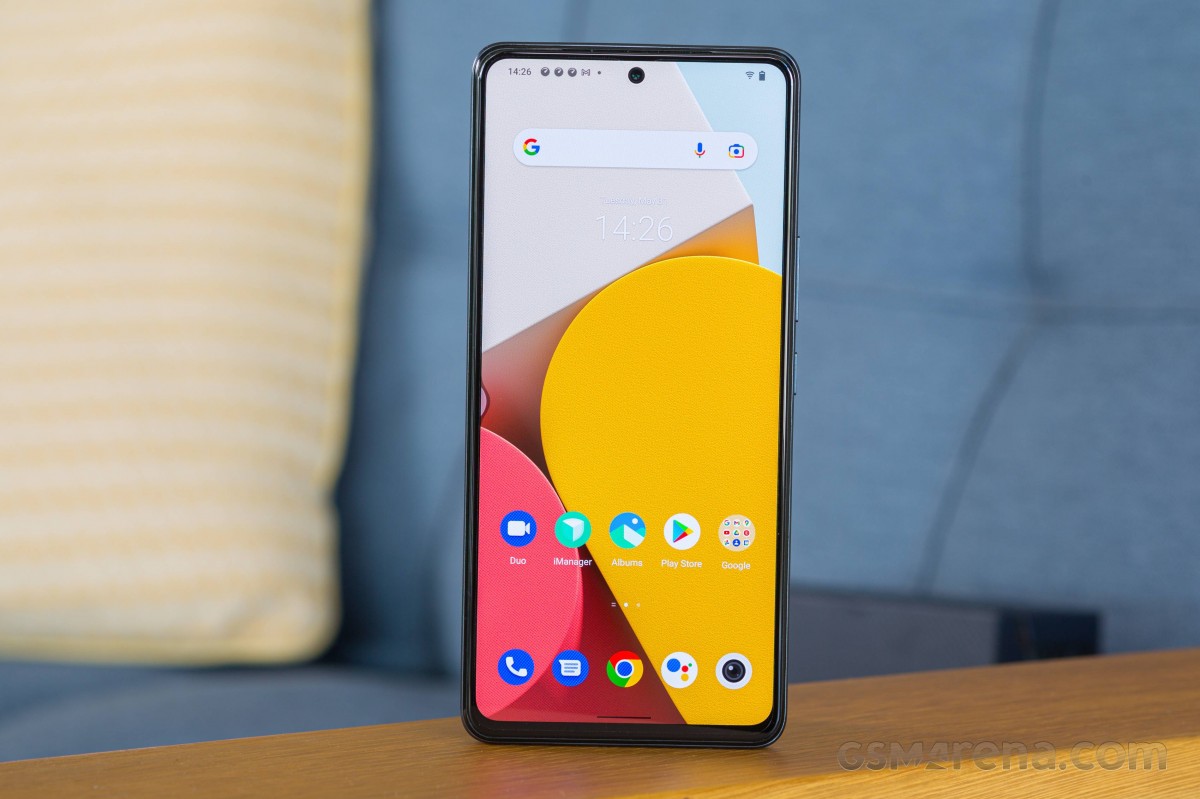 There is a small perforation to make way for the 16MP selfie camera, and for now - this is the most compact solution.

The iQOO Neo 6 has a dual-speaker setup of the hybrid kind - the earpiece also doubles as a speaker, while the other is at the bottom of the phone. There is no grille for the earpiece above the screen, just a thin outlet for the sound, while the speaker itself is somewhere behind the OLED panel. 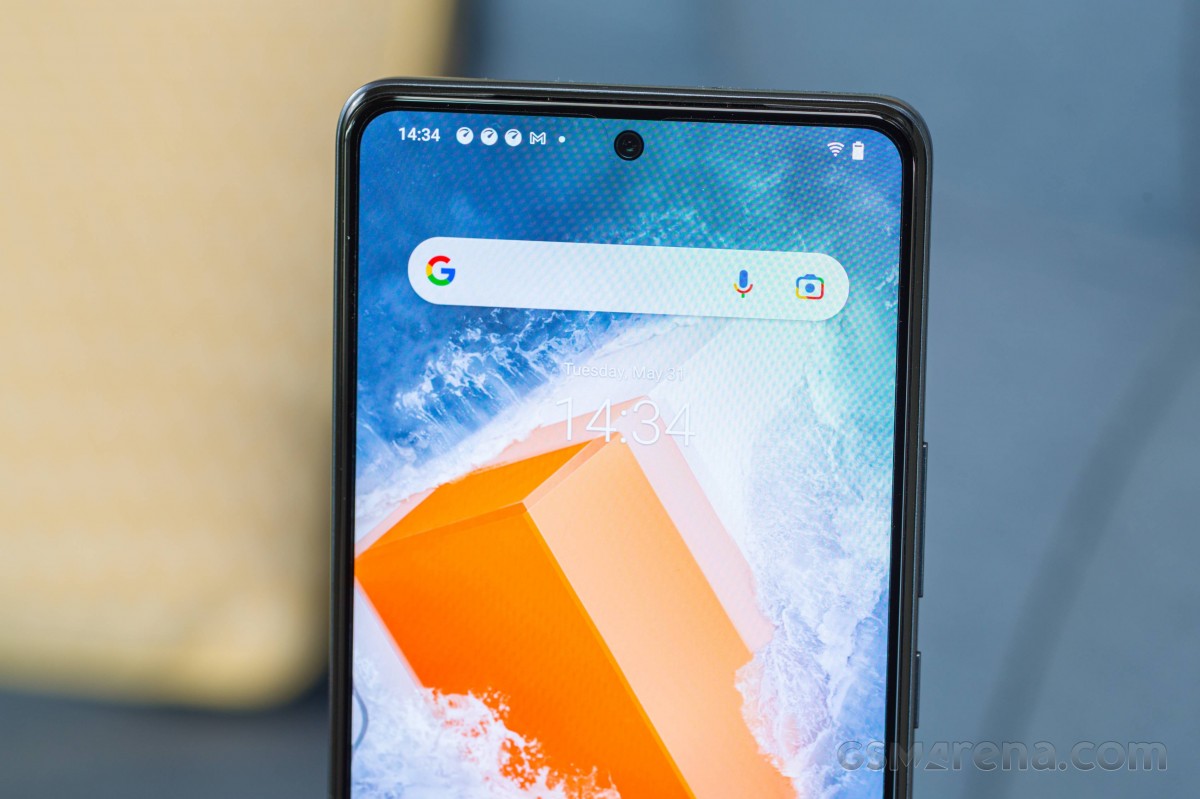 The good news is that even if part of a hybrid setup, the speakers are balanced in loudness and sound quality.

Something you cannot see is the under-display fingerprint scanner. It is satisfyingly fast and reliable and rarely misses. Its placement is a bit lower than usual, and some may find it uncomfortable at first. 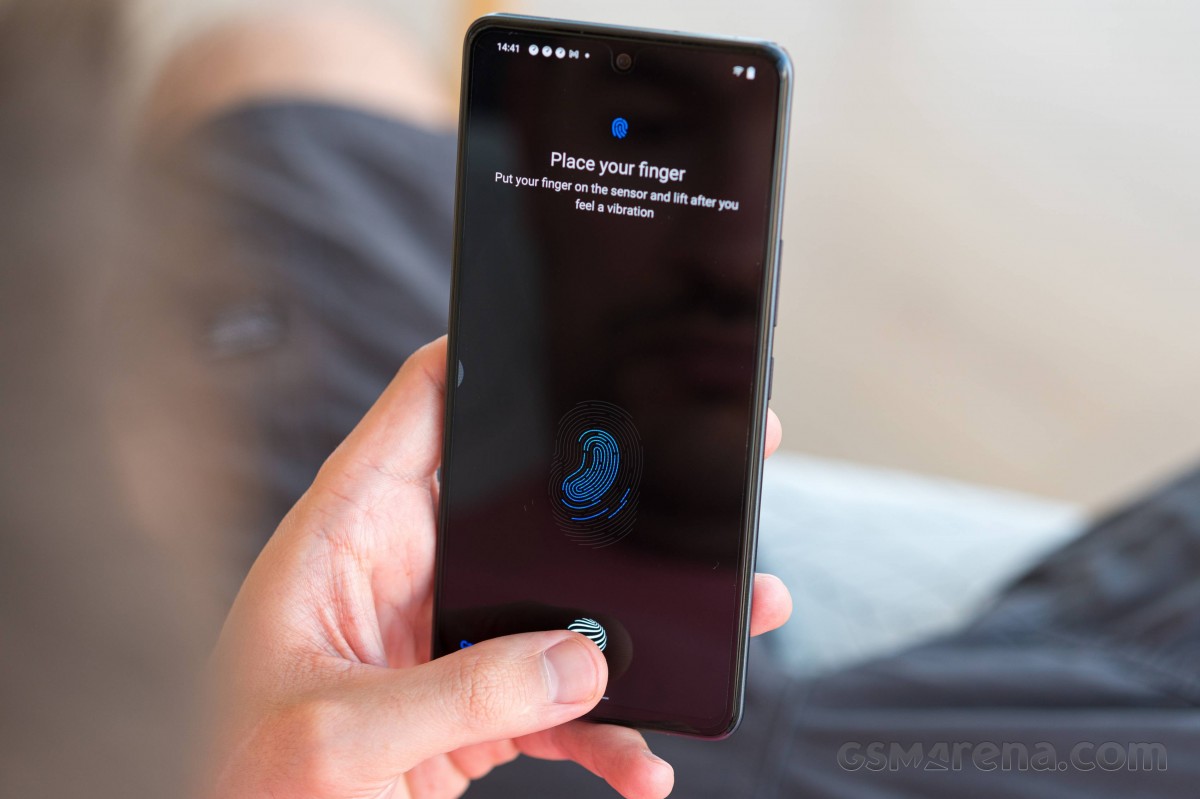 The camera island is a common theme within the vivo-made phones. Even if it's large, it houses just three cameras - the 64MP primary, the 8MP ultrawide, and a 2MP macro - and a LED flash. It's a two-step piece that's jutting out of the beautiful plastic back. The lower part contains a pixelated NEO logo. 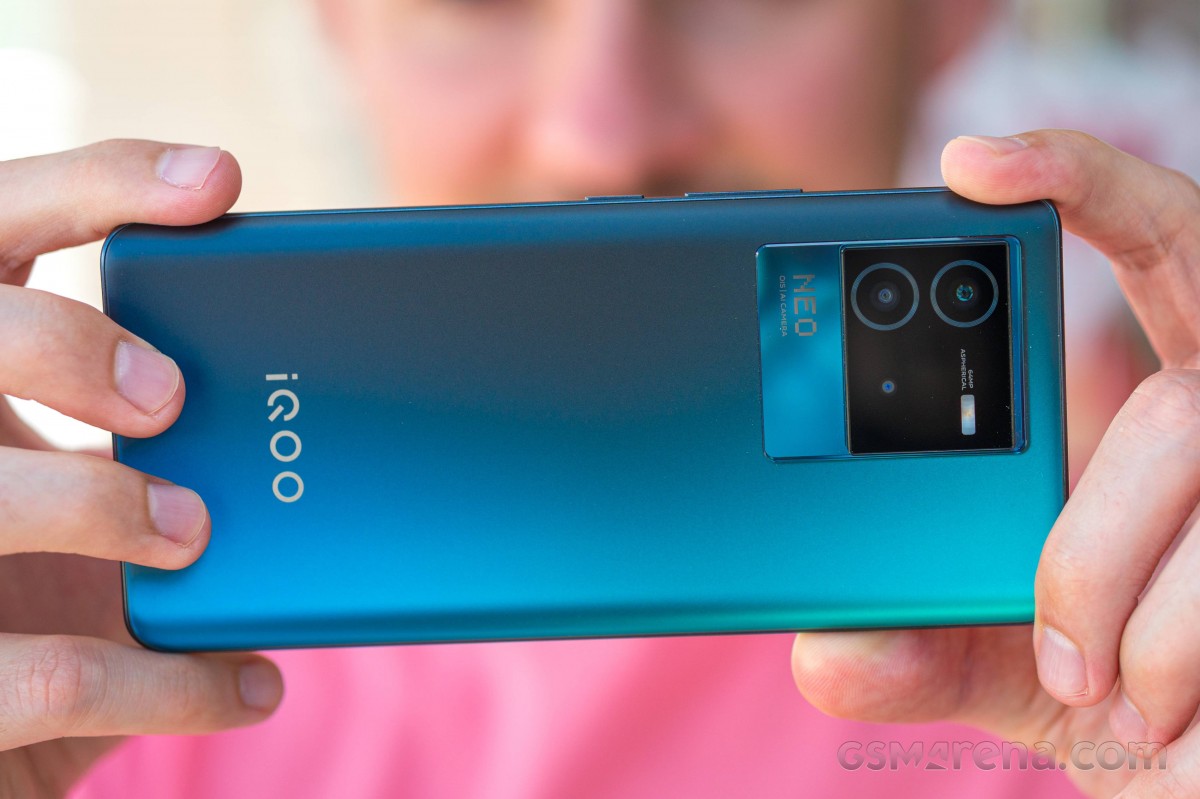 Because of the camera setup, the phone wobbles a bit when left on a flat surface. If you find this annoying, you can solve the issue by using the supplied case.

The plastic back is quite pleasant to touch and fingerprint resistant. It's clean of text and logos, excluding the iQOO one. The subtle curved edges of the longer side make the iQOO Neo 6 look much thinner than it is.

The flat plastic frame is also thin on the longer sides, and of proper thickness around the top and bottom sides.

It is completely bare on the left. 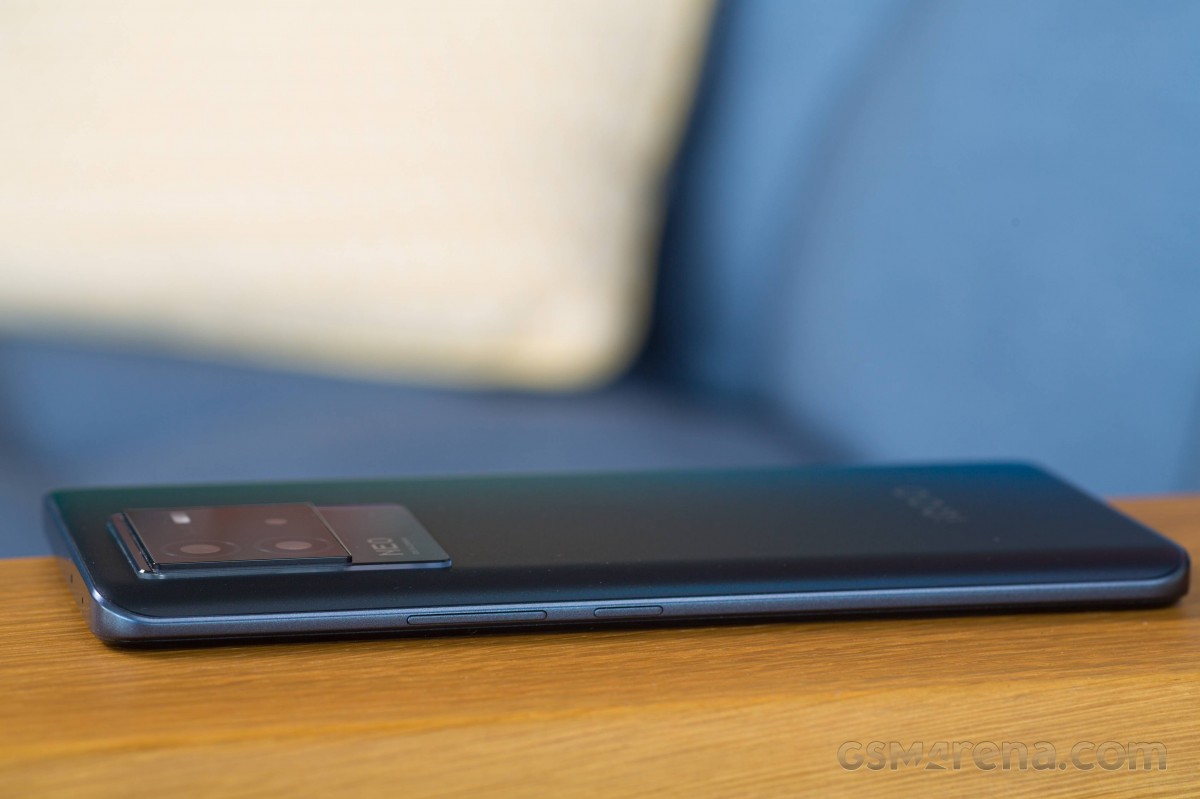 The right side houses the volume and power/lock keys. 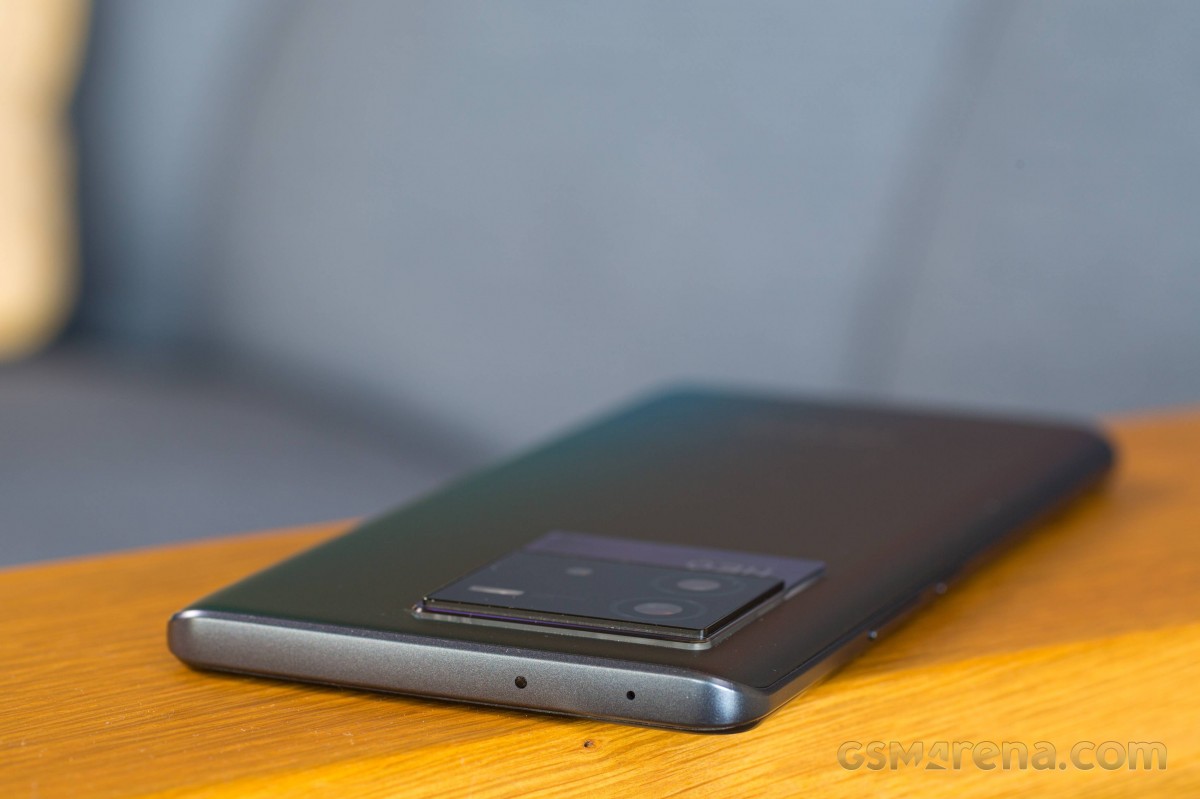 The top packs one of the mics and the IR blaster. 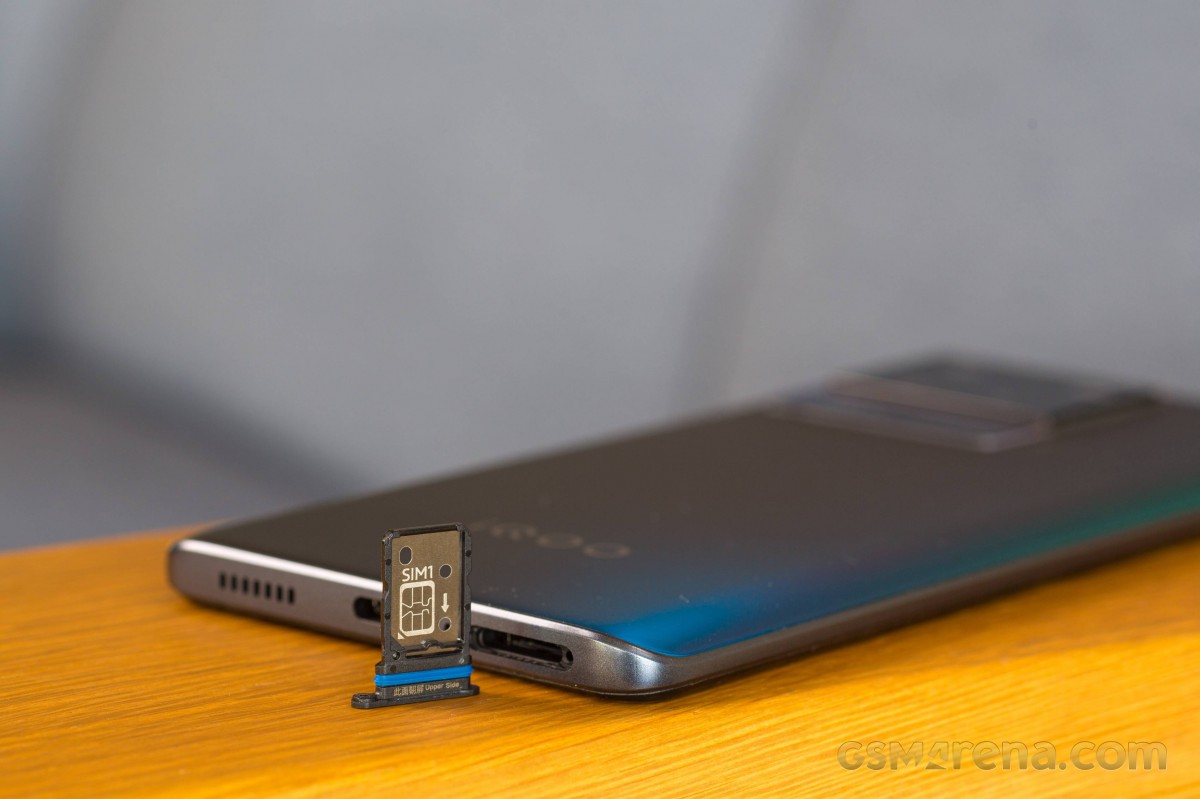 Finally, the bottom side is where you'd find the dual-SIM tray, the USB-C port, the primary microphone, and the other speaker.

Despite having a lot of matt plastic, the iQOO Neo 6 provides little grip, and if it weren't for the flat sides, it would have been non-existent. It sure is not the worst we've experienced, but far from the best, too. 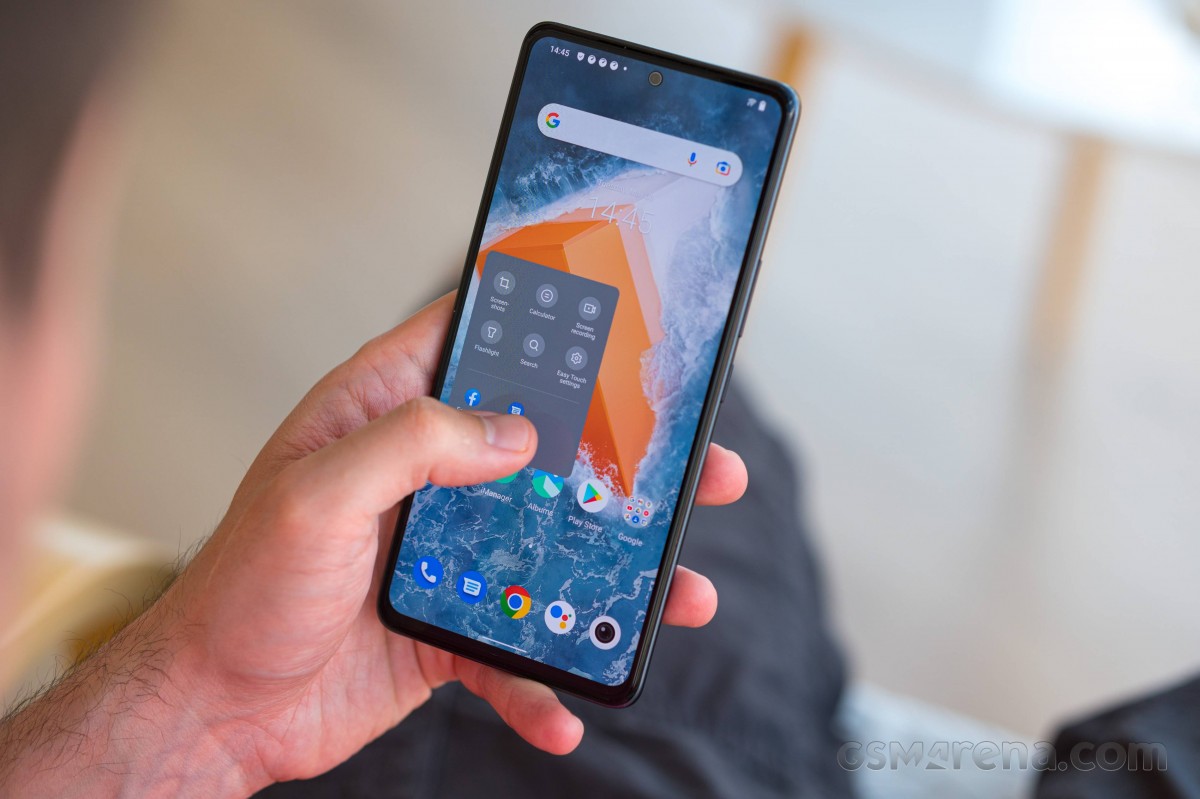 Overall, we had a positive experience using the iQOO Neo 6. It is of a solid build with some sort of water insulation, and we liked its frame and back surface. The color options are quite nice, too. It's an easy-to-use smartphone, but if you don't feel it secure enough in your hand, the transparent case from the retail box will help with that.

It takes around 30 minutes