It is time for another phone revolution

The smartphone is dead! The bar form factor reached its peak a while ago and now we've come to a standstill. We need something new, a breakthrough that will herald a new era for the most popular handheld device in the world. The next big thing is nigh, and I can't wait!

Years ago, I read this, and it shows how far our technology has gone and how far, well, we've gone:

"Your mobile phone has more computing power than all of NASA in 1969. NASA launched a man to the moon. We launch a bird into pigs."

It's true, isn't it? While we do get incremental speed and camera lenses upgrades each year, the smartphone has been relatively unchanged. Even the gaming segment, which is often the driver behind the hardware evolution, seems to be rather comfortable where it is right now (and also it prefers to cater so as many devices as possible rather than taking full advantage of the most cutting-edge hardware).

I remember the good old days, when each new year brought us completely different and unbelievably advanced phones. My journey began with the Benefon Dragon back in 1999, a brick with a large antenna. It was so cool back in the day, but it was soon replaced by phones with no visible antennas, like the Nokia 3210 and then much small phones like the lovely Nokia 8310.

Flip-phones were quite cool, too, with or without antennas. Those were evolving side by side with the bar phones and shortly after the bulky Ericsson T10s, we had smaller phones like the Samsung T100 and the tiny Samsung E630.

So, we went from big-fat phones to tiny phones without visible antennas. From bar phones to clamshells and flip-up/down phones. Swivel phones became a thing, too, then we got massive QWERTY keyboards with the first smartphones running on advanced operating systems like Symbian and Windows Mobile.

Phones were starting to look a lot like Swiss army knives - with various form factors, different cameras, detachable modules, solar charging panels, mirrors, secondary displays, styluses, and whatnot. It was a time where we just couldn't guess what the next year will bring us. Sure, we had our guesses and wishes, but each event was full of surprises.

Well, not anymore. It's like we've accepted the capacitive touchscreen as a universally acclaimed thing, the peak of the mobile phone and stopped dreaming. We stopped demanding. And the makers stopped evolving and switched to improving what they already know - speed and camera, and shrinking the screen bezels, of course. 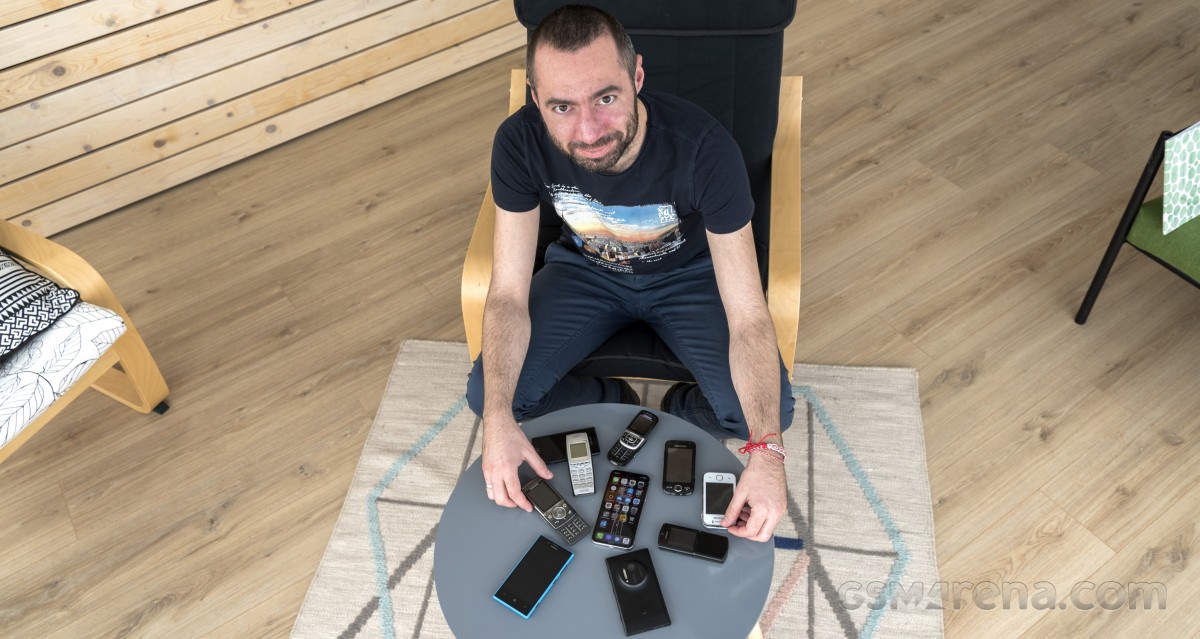 You and me both know what the next Apple or Samsung event will bring us - arguably prettier designs, faster chips, better camera, maybe improved charging. And this has been going on for years already, tweak this, improve that, change nothing.

It's high time we take the next step. Samsung, Huawei, Oppo and Motorola are trying to revive the flip/fold phones and that's good, but they are working with what they already have, they just want to fit more of it into your pocket. That's not innovation, that's playing it by numbers.

The battery charging has definitely been going somewhere, but the battery itself has been the same for more than a decade already - we just split it into parts sometimes for faster recharging.

There are no more transparent phones, no more crazy designs, no lighters on phones, no integrated ovens or vacuum cleaners. Okay, Ulefone may want to try a put some of these on its next phone, so we'd stop with the crazy ideas.

And it's not only the makers' fault, because let's face it - any detour from the bar pattern will result in massive Twitter shaming, poor sales and eventual demise. Remember LG? Indeed. We are part of the problem, all of us.

So, the first step towards the next big thing is us wanting it. We need to realize that the bar form factor as is has lost its momentum and it's time for a change, whatever that is. We need to be open to ideas, to start exploring and talking about crazy unthinkable laughable ideas, and then maybe we will push the companies to take the next step. And the next. And the next one.

Sure, we want better batteries that last a week or a month and phones as thin as a sheet of paper. Maybe we'd want a completely flexible or transparent devices like something that came from Minority Report. Maybe we need to miniaturize the camera so much, that one camera serves the purpose of all 3-4-5 now.

We've wanted to go to the future, and we went, but now it seems like we are stuck there. The phones are stuck, and they need something fresh. Something, that won't disappoint Yuri Gagarin if he calls us back from his time.

I am ready for the next smartphone innovation, be it a bar or a flip phone, or maybe something that's not a phone as we know it at all by, but an even more radical thing. Who knows? We probably have the technology to achieve the next unbelievable gadget soon, but first we have to be ready to embrace something new, no matter how crazy it is. And then, instead of squashing this new different thing, we need to encourage its maker to improve it if there is potential in there. Stick with the ugly duckling and nourish it until it becomes a swan. And then the smartphone spark will ignite again.

The pro is nothing special and 2 to 8 years behind competition while choosing 2-5x as much as other devices.

the same author chose as his top 2021 phones the same old same old, with at most a honourable mention to the flip. If the Intelligentsia wants different phones they should support different phones, be it the surface duo 2, the Xperia Pro which are ...

Its a very funny article, the next big thing that I have no idea what it is. 😂 😂