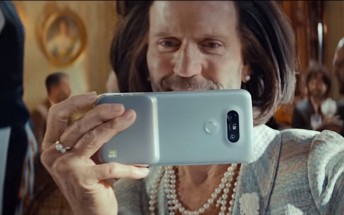 LG has officially announced Hollywood superstar Jason Statham will be starring in the G5 ad campaign. Statham will showcase the G5's modular prowess while also highlighting "the fun and playful experiences possible" with it.

Here's a taste of the series of ads that are about to hit the web starring Jason Statham.

Did you notice that Statham plays every character in the clip above? You're welcome.

I take back what I said then, nice to see some innovation! Thanks for the info!

forgive them for being innovative unlike others.... LG do your thing you are doing it right...