HMD's debut Nokia trio was lead by the original 6 - an otherwise excellent mid-range phone which was largely let down by its choice of uninspiring chipset.

The company's strategy of prioritizing stock Android however was viewed as a mostly positive approach and Nokia keeps returning to it.

The second gen Nokia 6, is part of the Android One program but brings major updates throughout the specs sheet. 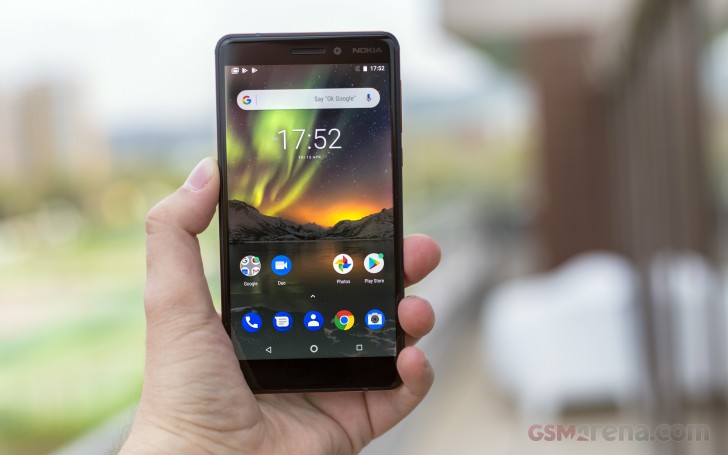 A Snapdragon 430 device with an asking price of over EUR 200 was a tough sell last year, but the Nokia 6 (2018) or Nokia 6.1, as it's named on the box, comes with an up-to-date Snapdragon 630. Mid-range Qualcomm offer this might be, but it's also the one with the best power efficiency in the lineup and that might as well be better appreciated by people shopping in this price bracket.

Even physically, the second generation handset is quite different from its predecessor. It looks much better with its anodized aluminum body, which comes in Black with Copper accents, White with Iron accents or Blue with Gold accents. We like the last one the best, but each has its charms. They are clearly a step up from last year's tame black, silver and grey models. The gold accents are also a lot more subtle than on the Nokia 7 Plus, which depending on your viewpoint can be a good or a bad thing.

In keeping with HMD core design principles, materials is where the Nokia 6 (2018) really shines. Despite the lower price bracket, the phone is in, it is still crafted almost entirely from 6000 series aluminum, and has a multi-layer matte finish. In all fairness, it doesn't really feel quite as premium as the finish on the Nokia 7 Plus, nor is it as good at repelling fingerprints. But, it still looks stylish, in a "grown-up" kind of way and provides a lot more traction than glass. 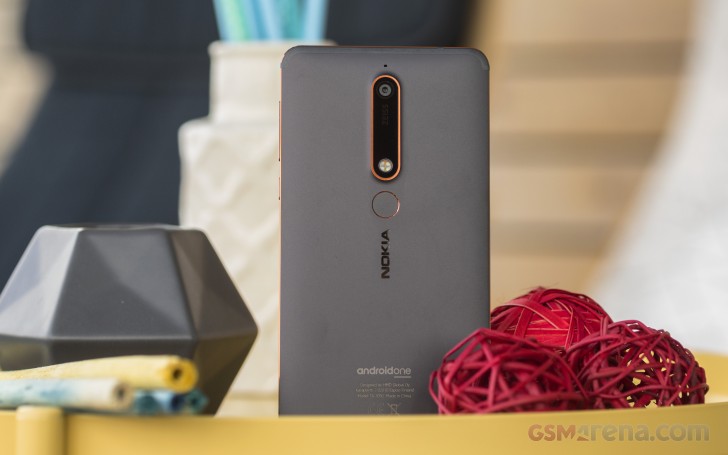 Overall handling of the Nokia 6 (2018) is a pleasant experience. But, it doesn't earn top points for ergonomics, mainly due to its low-profile power and volume keys. These sit very flush to the fairly wide and flat frame and hardly provide any travel or tactile feedback. The "mushiness" gets annoying quickly.

At the front of the Nokia 6 (2018), there is a 5.5-inch FullHD display. Nothing too fancy - just a regular IPS LCD with a 16:9 aspect ratio. No rounded corners or extra-tall aspect ratios, like the Nokia 7 Plus. Still, some prefer it that way. 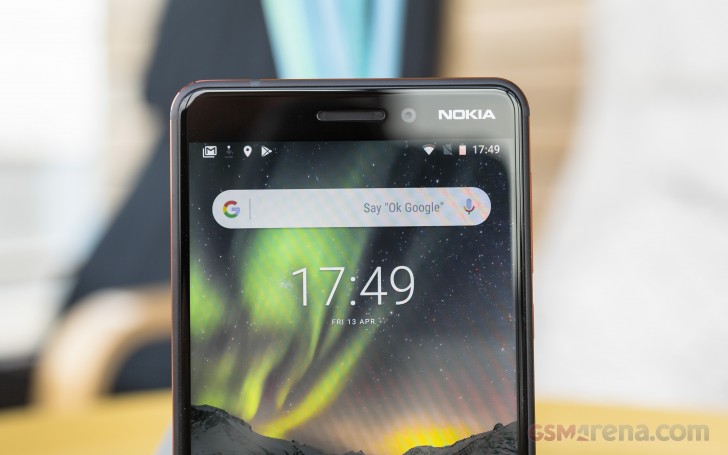 Another matter of preference is the fingerprint reader placement, as well as the physical navigation keys. The navigation keys are entirely gone from the new Nokia 6 (2018), with the biometric reader placed around back. Again, some might like it better this way, others not so much. In our opinion, the reader is a bit easier to reach this time around, since it was too low for our liking on the original 2017 model. 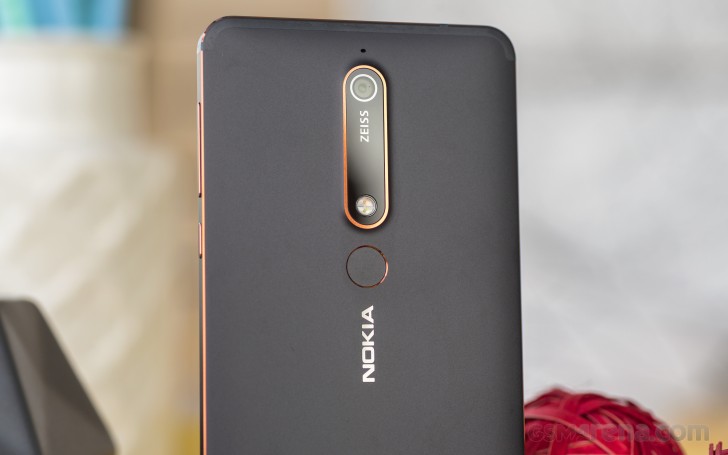 Another notable change on the back of the unit since last year is a new, extra-tall camera area. From a distance, one might easily think it is intended to house at least a couple of cameras. That is not the case since the 2018 Nokia 6 borrows its camera setup directly from the original - a single 16 MP (f/2.0, 1.0 µm) unit, with PDAF and a dual-tone flash. There is a large ZEISS logo stamped on top of the module this time around, but since the lens isn't any brighter, we can't really be sure if something was changed. 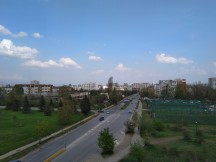 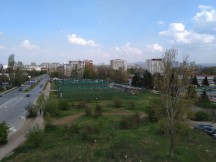 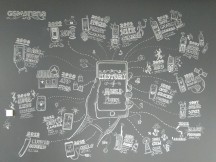 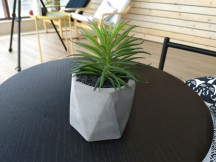 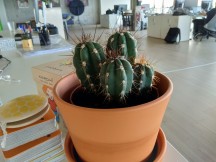 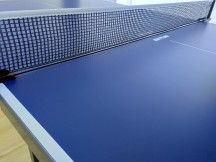 There will be a lot more samples in the upcoming full review and we'll definitely try and see if HMD managed to improve something in this department. As far as the UI is concerned, the Nokia camera is already up there with the best. It offers a real pro-grade experience, complete with full manual control over shooting parameters like shutter speed, ISO, focus, White Balance.

Despite the lack of a third microphone, the Nokia 6 (2018) still manages to offer Nokia OZO audio for its videos, like its more expensive siblings. And speaking of video recording, one of the perks of the more powerful Snapdragon 630 chipset is support for 4K capture, at 30fps. A sore omission on the original Nokia 6.

Selfies generally come out very crisp, thanks to the 8 MP (f/2.0, 1.12 µm) front-facing snapper. It's the same as last year, but there's no real reason to complain since it even offers autofocus, where many other competitors still have you adjusting your arm to get clear results. Smart Pixel technology for stacking up to four frames together, helps with low-light performance.

Nokia is still bushing the Bothies for both photos and videos. Despite the obvious hurdles of trying to properly frame two cameras at once, it's still kind of cool to have the option. 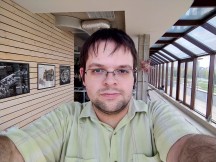 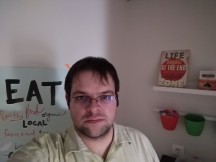 Besides a better camera experience, the upgraded Snapdragon 630 chipset provides a few connectivity perks to the Nokia 6 (2018). Most notably, a much faster and more capable X12 LTE modem, Bluetooth 5 and Wi-Fi ac support.

Not to mention, a jump to a much more efficient 14nm development process, which should enable the handset to fare better in our battery endurance test than the original, with its 62-hour score. 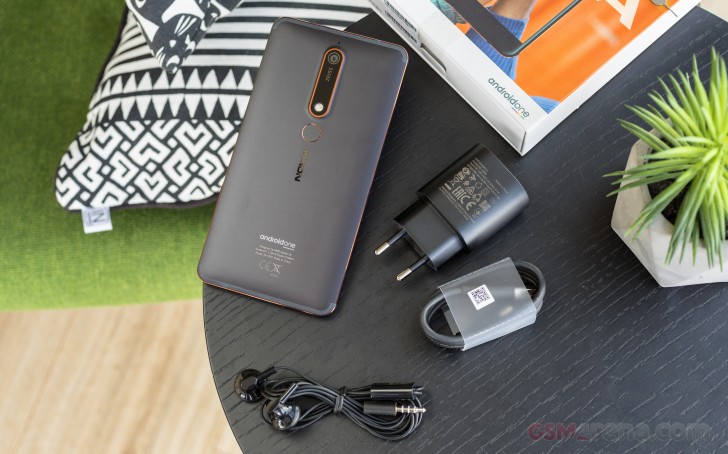 We've already started the review process and but it's too early to tell how much of an improvement in endurance there is. Plus, while we can clearly feel the Nokia 6 (2018) run its near stock Android ROM smoother than the original, a few benchmark runs can give us a proper idea of just how much of a number-crunching and pixel-pushing boost we can expect.

For that and more, stick around to our homepage until the full review comes around.

Nokia now sells phones and accessories in India from its website

I bought this phone and Navigation of fingerprint setting is missing so you can't hide the navigation bar.

Nope, i actually wander why nobody saw the pure copy of Nokia design by Motorolla, samsung and sony. From lumia symbian devices to lumia and back. From crazy colors (lumia devices) to huge camera glass (lumia 830/950xl) to square corners and ling cam...