Kantar: iOS market share grows in the US and Great Britain, shrinks further in China 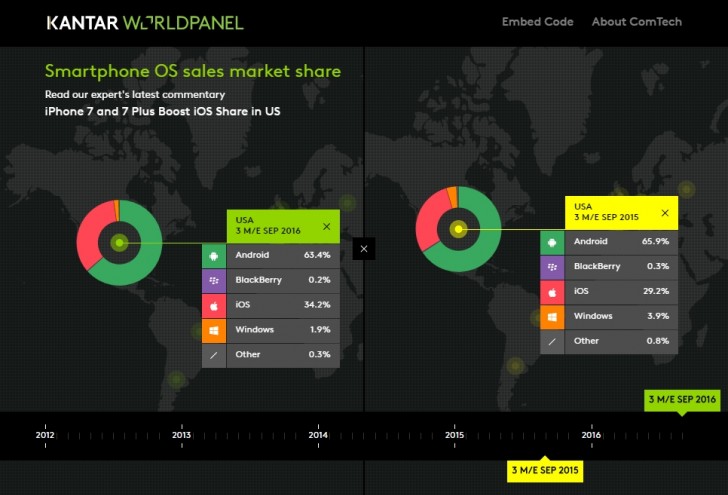 The proportions are slightly different in Great Britain, though the iPhone 7 still ruled the month of September, claiming 15.1% of sales. The iPhone SE accounted for a surprisingly large 8.5% share of sales in Q3, fueling iOS' 2.4pp growth YoY to 40.6%. It's the only market where Samsung recorded any gains, securing a 30.4% market share. 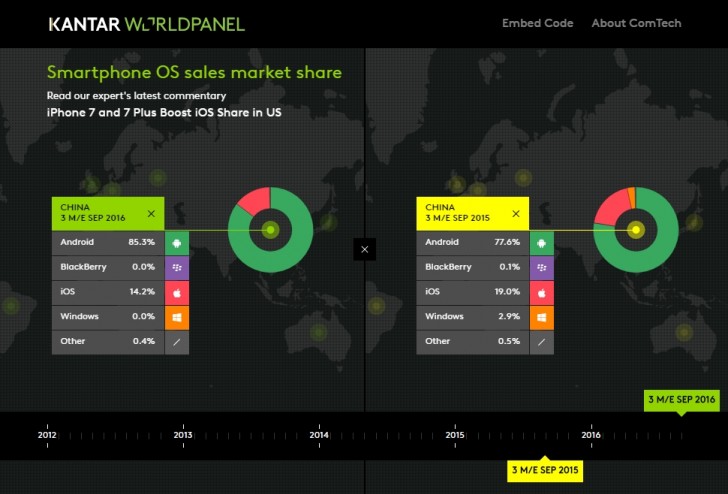 Compare Apple's figures in the Western world to China, and it's not looking as good for the Cupertino company. iOS share went down 4.8pp year-on-year to 14.2%. Android, on the other hand, gained 7.7pp to 85.7% while Windows Mobile shrank into oblivion.

It sold 10.8m in Q3 2015 not 2016 according to Strategic Analytics, only 7.5m. That is a massive fall of 31% made much worse by the fact the market in China grew by 15%. By anybody's standards that is not dominating the market, but a major downturn.

Apple is doing well because Android phones are a lot,whiles iOS is one so you need to make note on that

Symbian 40 does not exist;). That is called s40 and s40 was a java normal mobile phone system. Symbian series 60 and about are a totally something else. And yes, Symbian is better then ios, even then Android or wp, but i don't expect somebody that th...