Kyocera Torque lands in Europe, is a rugged droid smartphone

Kyocera has decided to step out of its usual North American market and test the European waters. The company is launching the Torque smartphone in Germany and France for business users in the coming weeks. 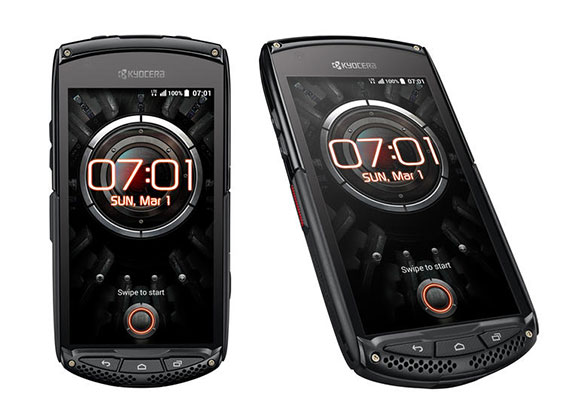 Not to be confused with the first-generation Kyocera Torque, which the company launched for Sprint a couple of years ago, the latest Torque for the European market bears striking resemblance to the Brigadier. As such, the phone is equipped with a 4.5" 720p display, but sans sapphire crystal display, sadly.

Powering the Kyocera Torque is a Snapdragon 400 chipset with a quad-core 1.4GHz Cortex-A7 CPU and 1GB of RAM. At the back, there's an 8MP snapper with LED. Similar to other Kyocera phones, the Torque is also IPX5 and IPX8 waterproof as well as dust- and shockproof. It can also survive temperatures from -21 to 50 degrees Celsius for 3 hours.

The company will showcase the phone at the MWC 2015 and hopefully we'll have more information regarding pricing and availability then.

Dont get me wrong: im fond to this Kyo and love ruggeds: are great Whether you are running a small business or an international corporation: imo Ip68 smartphones are the future,,, buuuut, in this brands (kyo, sansumg, apple) make it so expensive to...

Great to see a toughphone / rugged device. So much more durable and reliable, particularly if you're like me. So many times I've dropped my phone and added more cracks to my screen. But other than clumsiness, great for anyone out working ...