Latest HTC 10 teaser is all about audio capabilities

After finally announcing when it will make the HTC 10 official yesterday, today HTC is continuing its teaser campaign for the upcoming device on Twitter.

The latest teaser image, which you can see below in all its glory, is all about the audio capabilities of the HTC 10. Many have been worried about that area of the phone not being able to match its predecessors, since the front-facing stereo BoomSound speakers have seemingly been removed (as portrayed in the numerous leaked renders of the handset). 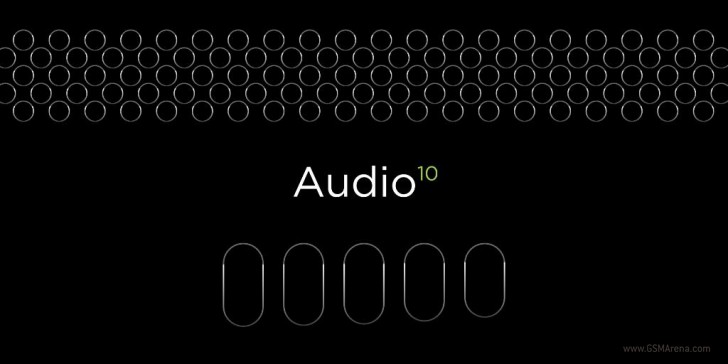 HTC wants everybody to calm down, however. Apparently the "new boom" brought with it by the HTC 10 will be easy to hear. And, we assume, should impress, otherwise why tease?

The image seems to show two different speaker grilles, though we haven't seen either of those in any of the leaked renders of the HTC 10. So it's unclear what's going on here. Maybe the renders aren't of the final product, or perhaps the grilles weren't obvious in the leaked imagery because what we see here are extreme close-ups of their designs. Either way, all will be revealed on April 12.

I'm pretty much only after the sound quality, so I use external speakers or headphones if it's possible. Rarely phone's own speakers, but that happens from time to time.

Its not so much about the audio quality for me- When I had my HTC m8 what I found was the main benefit of the boomsound speakers was just the pure volume of them. When listening to youtube videos or when your sharing a video with somebody else it w...