Reports: No home button on Galaxy S8/S8 Plus; only Plus variant to sport dual-camera setup

According to latest reports out of Samsung's home country of South Korea, the specs as well as the design of the company's upcoming Galaxy S series flagship has been finalized.

It's being said that both Samsung Galaxy S8 and Samsung Galaxy S8 Plus will not feature a physical home button, making them the first Galaxy S series phones of their kind. The fingerprint sensor will sit on the back. 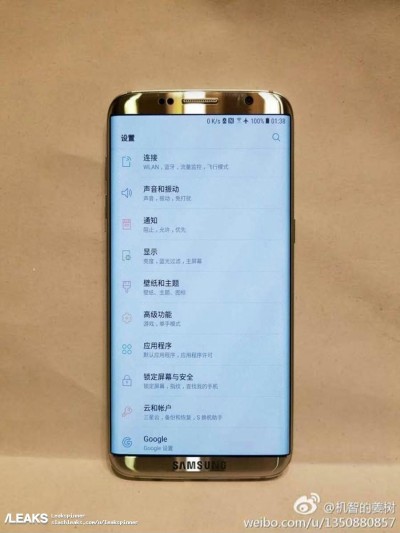 Also, the standard Galaxy S8 model will not feature a dual rear-camera setup - this has been done keeping in mind cost constraints.

Further, the reports also note that while the standard model will sport a 5.7-inch display, the Plus variant will feature a screen of size 6.2-inch. This is inline with previous reports.

The new rumors also say that even a prototype model of the Galaxy S8 has been developed, and sent to the tech giant's CEO and Vice Chairman. The device, in case you missed, is expected to be made official at the MWC next month.

For complete coverage of the Galaxy S8/S8 Plus rumors and leaks, head here.

Samsung Bixby will be the Galaxy S8 new virtual assistant

Trust me nobody is checking for Nahkia except for the hardcore fanatics.

Did you and everyone else complaining about the lack of a rear dual camera setup on the S8 NOT read the article? It's a cost saving measure nothing more, they're not intentionally trying to copy Apple even though it may seem that way at first. Jeez r...