A third 3D render version of the yet to be announced Samsung Galaxy S22 Ultra appeared today courtesy of LetsGoDigital and Technizo Concept based on information from Korean leakster Super Roader. This one differentiates from the past two designs as it boasts an all-new water drop camera design around the back which is the first time we’ve seen this design to date. Past iterations ranged from a P-shaped camera cutout to a dual-camera island design. 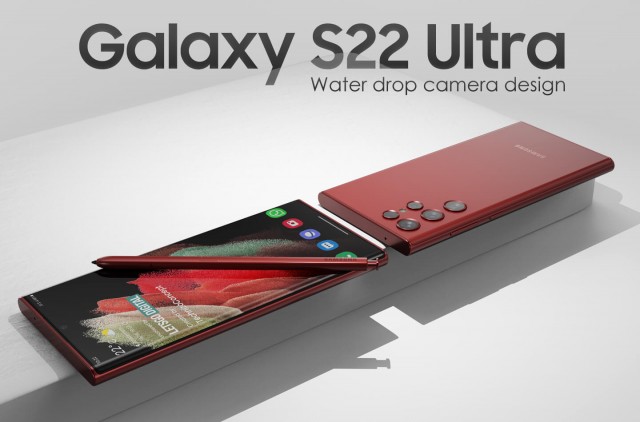 The new design was confirmed as accurate by tipsters Ice Universe and Tron who have a solid track record with Samsung phones. We've seen water drop camera designs before. First on LG’s Velvet series and later on Samsung’s own Galaxy A32 though this will be its first appearance on a Galaxy Ultra flagship phone. LetsGoDigital is also confirming that the phone will be called Galaxy S22 Ultra and not Note 22 Ultra as some previous rumors speculated. 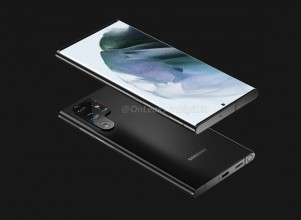 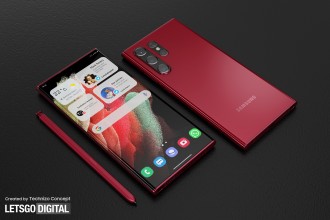 The S22 Ultra is said to carry a 6.8-inch AMOLED display with a punch-hole cutout for its 40MP selfie cam. The back will house a 108MP main cam alongside a 12MP ultrawide snapper just like the S21 Ultra. The new additions are the 12MP 3x telephoto and 12MP 10x periscope lenses. All four shooters are expected to boast OIS. 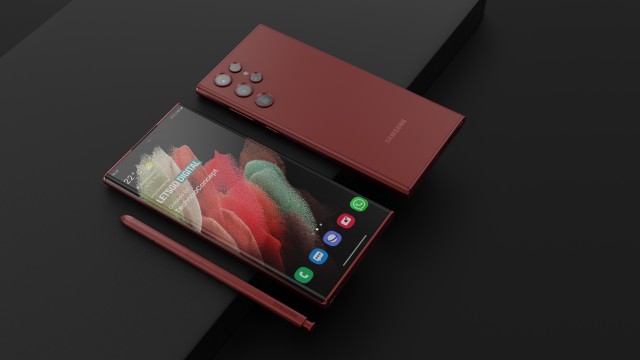 Samsung’s Exynos 2200 with AMD RDNA 2 GPU are expected to be at the helm for units sold in Europe while other markets will get Qualcomm’s Snapdragon 895. The phone is expected to retain its predecessor’s 5,000 mAh battery with 45W charging support. It should come in no less than three color options with black, white and burgundy red speculated so far. 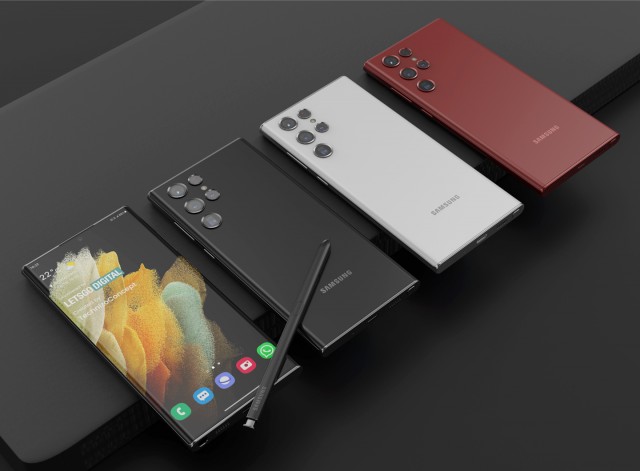 In addition to the new renders, tipster Ice Universe shared a snapshot that depicts the S22 Ultra will weigh in at 228 grams or just as much as the S21 Ultra though with the added benefit of housing an S Pen stylus.

Love the red, would buy it on release if Samsung gives us that beautiful red

I absolutely love this design (especially in red), much more than all the previous designs, with one exception: the curved display. Curved displays are the absolute worst and need to be eliminated. They offer no benefits and an almost endless number ...