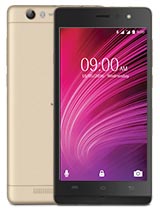 Threw the phone into trash.
It is slower than the slowest thing ever.

Lava a97 is a very bad phone. It hangs when you play games of 353mb. Pubg does not support. It does not give any update. Processor is very bad. While doing any work the screen goes out. Many of the time volte gets disappear. Sometimes jio networks does not come. Cameras front and back both are same quality. Camera is always becomes blur. That's why I should say no one should buy any phone from lava specially this phone mention above. Customer service is also bad.

lava phones is very bad phone. its cheating for all mobiles costomer , its compair for low cost chainees phone.

It is very bad phone, and very slow working

Anonymous, 21 Jun 2017Have you ever play GTA V in phone???Yes I am playing gta vice city in my lava a97 1gb ram and just u need to disable some apps like lava app etc and not suitable for playing games above 600 or 550 mb it hangs.And Volte will disappear after some time.But not suitable for daily usage.It hangs.

So , I request you to please improve the LAVA A97 and also other models of LAVA because no other chinese or international phones like Vivo , Oppo , Redmi etc. shows up problems like this. Also, I am selling the phone day after tomorrow only for ₹ 3,000 , which shows that others also know what LAVA is worth of. Freakin worst phone ever. I am going for Redmi and I'd also suggest to my family as well as friends never to use LAVA.... Thank-you.

Imtiyaz, 26 Sep 2017Just three months back bought a97 and it starts giving bunc... morewhy do people say about disappearing contacts ...i used to play heavy games all the time ...but i have never experience such a thing ...like disappearing contacts ..the thing is ....you guys should use a keypad phone instead of using touch ones

Just three months back bought a97 and it starts giving bunch of problems .

First and for most issue is contact list and calls log automatically gets disappeared for long time specially when I need to call , second thing is phone is coming with useless application installed which consumed 75 % internal memory of phone ..

I'm just fed up with this mobile and I ll never ever buy in future nor recommend any one of my friends family .

My mobile is slow drive

Lava should work on its techniques properly....not a gud one from all the angles..i dont understand why we are so poor about manufacturing phones....no indian brand has won peoples heart till now

it's not a good phone.... it has many problems.. like software,display and etc