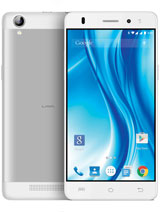 Shobhna, 26 Mar 2016I brought Lava X3 just 3 days back from flip kart...Please ... moreHello Shobhna…
It's sad that your Lava X3 is not able to perform correctly, however, my father has the same phone and he is not having any issues with it. Why don't you take it to the Lava service station? I'm sure they will be able to take care of the minor defects that you are having.

manjil, 04 Apr 201615 days back I purchased Lava x3 but now hanging problem found.My brother has also purchased Lava X3 mobile a few weeks back and he has not been facing any problems with it, be it lags or the freezes. My brother is a hard core gamer, and loves playing games with heavy graphics, so it was necessary that that the phone has to have a good phone user interface. Now, I don't know much about the whole RAM and memory stuff, but if it can handle my brother's extreme gaming, I think it can handle anything. Are you sure you didn't download a third party app or something that is in-compatible with the phone, because that is widely known to cause freezes and lags in phones. Also, check if your internal memory is not clogged cuz at times even that messes up with the system!

I brought Lava X3 just 3 days back from flip kart...Please don't Buy lava x3 its not good since first day its start to hanging,less valume,in call that side person not able to hear my voice after switch off & on only its start to work.for one apps open i have to touch more then 3 to 4 time automatically mobile get restart ...i waste my 6500 rupee if i go for any basic set also working its too good compare to lava X3.i lost my money please you people don't go for lava X3, simply they giving fake adds dont believe .

AnonD-111369, 22 Mar 2016Hi all First time am going to use lava product buying to... morelava x3 not available now.Can i get lava f1 mobile.Suggestion needed

Hi all
First time am going to use lava product buying tomorrow.i don't know how it be.i plan to buy Redmi 2 prime.but I go for latest release.i heard compass won't work in this model.

Please check and tell whether gmaps navigation function works or not
Thanks.

does it have backlit led on capacitive touch buttons??

is there any warrenty period available

Anonymous, 05 Mar 2016how is the camera quality and battery backup? pls tell me guys.camera good ...front camera even better

how is the camera quality and battery backup? pls tell me guys.

its really an amazing phone .good quality product with amazing features ..go for it

sham, 22 Feb 2016Not good phone. Touch screen and touch keys doesn't work pr... moreHi, I don't know what made you comment that because I found the phone to be amazing. I think you are judging the phone by its price. Lava X3 might be cheap for you but, I found it to be pocket friendly phone. In fact, I've heard so many reviews/ feedback from so many other users and none of them have issues like yours!
Regarding the touch, its aptly responsive! And it has got the same processor like the other phone, along with 2GB RAM and they work pretty smoothly and so does this one!
Maybe just maybe you got a defective piece so my advice would be to get it checked at your nearest service center.

Abhishek gupta, 08 Feb 2016negative keys not work when it put on the table. very poo... moreI have a Lava user at my home and I have seen its functionality in close quarters and that's why I find your review/feedback for Lava X3 quite surprising! I'm not saying that it's the best phone out there but never had any issue with the response of the phone, especially with the volume control ones (negative and positive buttons).

Not good phone. Touch screen and touch keys doesn't work properly. Poor performance. Not up to expectations. Only looks are good. Don't go for specifications.

akhil, 06 Feb 2016Hey brother! Lava mobile are most famous in India.its bett... moreI am having my Lenovo Vibeshot and i am pretty satisfied. Anyway for some games a high end phone is needed. Mostly playing Clash of Lords which really needs good phone with lot of ram, disk space and quadcore at least at 1,5ghz

negative keys not work when it put on the table.
very poor responce.