A new Xiaomi smartphone has been spotted in a poster image. Dubbed Xiaomi Mi 5X, the device - the leak reveals - is powered by Snapdragon 625 SoC and sports a 5.5-inch display. Display resolution should be Full HD, while RAM is 4GB. 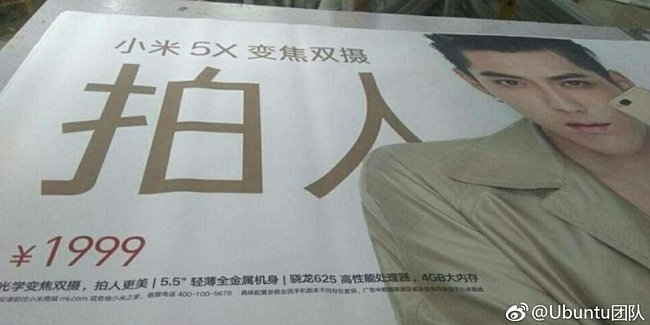 The poster also reveals a dual rear-camera setup and CNY 1,999 price tag for the handset, which currently translates into around $295. Following is the same poster but from a different angle:

Xiaomi is currently rumored to launch a new sub-brand this month. Reportedly, the sub-brand is being created with strong focus on offline sales. An image of what's said to be the first phone under the upcoming sub-brand has already leaked (see below). 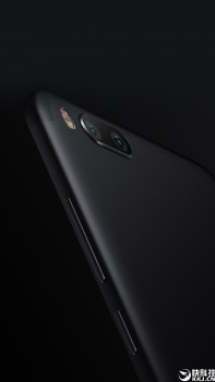 A quick comparison reveals that the units shown in both leaks have similar design, leading us to believe that the 5X could well be the first smartphone under the upcoming Xiaomi sub-brand.

Reports say there'll also be a higher-end version of the Xiaomi 5X that will be powered by Snapdragon 660 chipset and pack in 6GB RAM. It'll have a 12MP dual rear-camera setup and a 16MP front shooter. The 5X will run Android 7.1.1 (MIUI 9), and is rumored to be made official on July 26.

Xiaomi will reportedly launch a new brand this month, its first smartphone pictured

If it is $300 then lenovo is releasing moto g5s+ for around $300 with dual camera is a better option. Stock Android and Android O guaranteed.

Where is X1 we are expecting?