An internal document escaped from Google’s grasp and it hints at a possible folding Pixel. The document details every phone since the Pixel 2 and features four yet to be announced devices: Barbette, Raven, Oriole and Passport.

Barbette is possibly the rumored Pixel 5a - Google has so far officially confirmed only the Pixel 5 5G and 4a 5G. The Raven and Oriole should be the next generation Pixel 6 duo. Note that Google phones typically have code names based on fish species, but this document uses other code names, making it tough to crack.

This leaves the Passport, which is explicitly described as a foldable. It and the two Pixel 6 models are scheduled to launch in the last three months of next year, so we’re in for quite a wait. 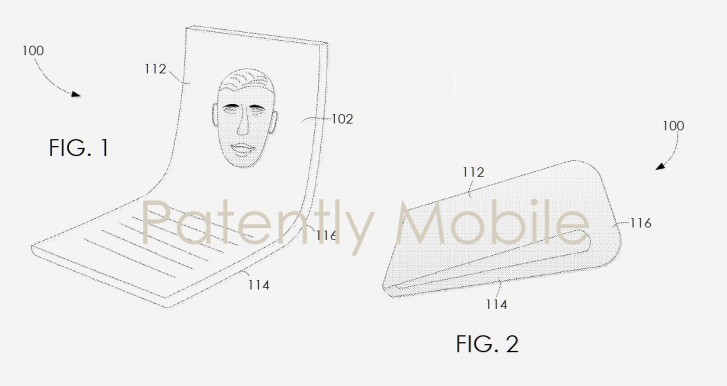 A patent drawing of a foldable Google phone from 2019

Google didn’t reveal when the the Pixel 5 5G and 4a 5G will become available, but this document claims that they will arrive in October (the company did say that the Pixel 4a 5G will cost $500, $150 more than the vanilla 4a).

The Pixel 5a will follow with a launch set for Q2 of 2021. It’s described as a “lower end mid year device”.

Rightly said. Googles design team has this uncanny sense of picking up all the erroneous design priorities...

Google doing foldable phones give me really bad vibes. Google has this tendency of joining late to the party (with the advantage of knowing where the competition failed) and still deliver a crappy "flagship feature" with a hefty price. Ex...

Dude, no one wants a tall phone. So having a phone with a foldable screen like RAZR 2019 or Galaxy Z Flip makes total sense.