Remember when the HTC Wildfire E Lite appeared on the Google Play Console? You’d be forgiven if you answered “no”, a phone with a quad-core processor and 2GB of RAM is hardly memorable.

Still, the first proper image of the Lite has surfaced, courtesy of @evleaks, so you might want to have another look. It’s a classic design with top and bottom bezels surrounding the 18:9 screen (720 x 1,440 px resolution). 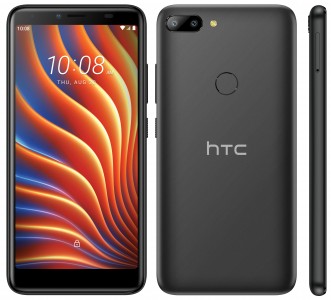 The back houses a dual camera. We don’t have the sensor info, but the original Wildfire E had a 13+2 MP cam on its back side. And a fingerprint reader too, even though some entry-level phones omit that.

The clock on the screen shows “August 20”, but if HTC did unveil the Wildfire E Lite on that date, we can’t find any evidence of it. You can have a look at the full-fat Wildfire E in the meantime, it’s available in Russia and Africa and comes with a 5.45” HD+ screen and an octa-core processor.

I think i must buy this one

31 year old design with 5 year old hardware,you can count me out