For one reason or another, Sony rarely includes wireless charging on its phones – in fact, it feels like they wouldn’t until a carrier pushed them. Things might change this Monday, as a leaked official image shows the Sony Xperia XZ2 happily charging with no wires in sight.

We think it’s the big one anyway, it and the XZ2 Compact kind of look alike. Still, yesterday’s rumor was that only the bigger model will support wireless charging. 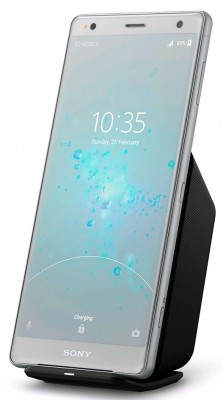 The leaked info doesn't say which standard is used, but if we had to make a bet, the new phones will use the Qi standard instead of the PMA one used in the Xperia Z3v (Qi is more popular on phones).

Thank you, Mohd, for sending this in!

this isnt Mirai, this is Human+Plate design

I get what your saying but no it wasn't because Sony too their licence from their home country Japan and we all know Japan have their own licence patent company with their enormous technological companies. Besides, when Apple made their phone water a...