The Meizu E2 will be officially unveiled this Wednesday, so consider this a sneak preview. Leaked images show the metal chassis of the upcoming mid-ranger and a very unorthodox flash.

It features four LEDs of alternating cool and warm colors that are arranged in a straight line. We’re not sure what’s the reasoning behind this arrangement, though it does lie neatly on the top antenna line. Perhaps not drilling a hole in the metal for the flash improves the rigidity? Or maybe it's just a design thing?

Anyway, the rest of Meizu E2’s back fits neatly into the company’s lineup (though most Meizu handsets have a camera on the center line rather than in the corner). That camera should take 13MP stills. 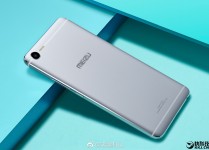 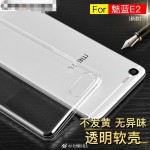 From earlier leaks we know what to expect on the front - a 5.5” 1080p screen and an mTouch fingerprint reader. Inside, an octa-core processor will come with between 2GB and 4GB RAM (presumably tied to the amount of storage). Also, a short leaked video showed a USB-C port and a headphone jack. The expected price is CNY 1,700 (just under $250) for the 32GB model.

Thanks for sending this in, Abhiman!

Meizu E2 to be unveiled at the end of the month

Yeah, I agree. Too much like a torch or a spotlight. Trying to blind the people you take photo of. The selfie led flash on vivo v5 is the one I hope manufacturer go for. Its a softlight or diffuse light. Very nice and soft. Dont strain the eyes too.

Ring or circular LEDs should illuminate all those selfie-crazed faces

Yeah, but apparently the 10-LED flash is not as impressive as it sounds on paper. It kind of like the saying "Quantity doesn't equate to Quality". For example, the iPhone 7's new 4-LED flash is very bright, but it acts more like a torch illumin...