Earlier this week, we learned from a source that the Oppo R7 will be aiming to compete with the Galaxy A7. However, if a latest report (which cites leaked images from an internal Oppo presentation) is to be believed, the Chinese company is actually targeting the Huawei P8 with its upcoming smartphone. 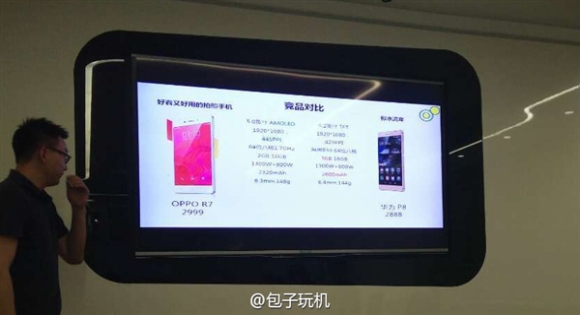 The news comes just days after there were reports that two versions of the Oppo's upcoming smartphone (which are for China Telecom and China Mobile, respectively) have received network certification in China. The device is likely to be unveiled on May 20.

Raking our money, of course.

Given the same size as P8, they are far behind in the battery capacity, RAM is lesser, no card slot. What basis they are thinking to challenge..slimmer body? Nobody would buy. P8 is not thick anyways. And P8 comes with lot of innovations. And pe...