That LeEco smartphone with a dual rear camera setup that looks like a robot face finally has a name. The Chinese company took the wraps off it today, and it's called Le Pro 3 AI Edition. It's not the Le Max 3 as we thought.

It will become available in China on April 14 in gold, rose gold, and black. It will be offered in two versions, "standard" and "eco". The latter is the higher-end. 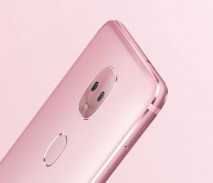 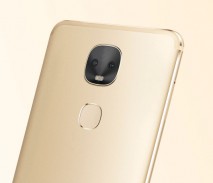 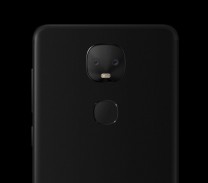 The selfie snapper is an 8 MP unit with f/2.2 aperture and 1.4um pixel size, with a 76.5-degree field of view. The standard version is powered by MediaTek's Helio X23 chipset, aided by 4GB of RAM and 32GB of storage. The phone has a 4,000 mAh battery and it runs Android 6.0 Marshmallow underneath LeEco's EUI.

The "eco" variant bumps up the storage to 64GB and uses the more powerful Helio X27 SoC from MediaTek. Otherwise it's identical to the "standard" iteration. They both have the following dimensions: 152.4 x 75.1 x 7.5mm. Either model weighs 168g.

Regardless of which you pick, the Le Pro 3 AI Edition comes with its own virtual assistant built-in - LeLe. You can start talking to it even when the screen is off, and apparently it's integrated with all of LeEco's apps. It's also supposed to learn over time and become better at what it does.

No, really! The large camera bump from this thing looks like a slightly more square version of the BY, and the oversized fingerprint reader would be the batwing logo on the G5. YOU must be stupid to think that I'm stupid, to think that an iPhone, (wh...