The Mobile World Congress is for all kinds of mobile devices. Some of the most exciting unveilings were the LG G6 and the Huawei P10, but there are also laptops that were launched in Barcelona and deserved our attention. Lenovo, for example, launched a new notebook - a 15” Yoga 720, 14” Flex 5, 13” Yoga 520 and 2-in-1 inexpensive device Miix 320. 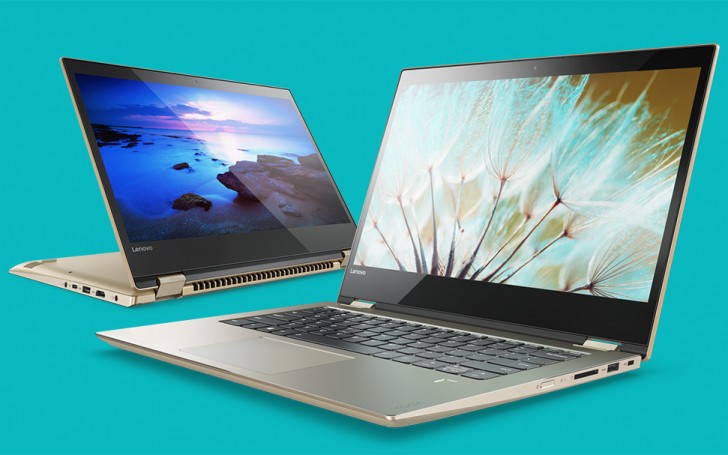 The most powerful laptop of all four is clearly the Yoga 720. It comes with 4K 15” display and has Nvidia GeForce GTX 1050 GPU and Thunderbolt 3 connectivity. The device is 14.3 mm thick and weighs about 1.3 kg. The 4K version offers 8 hours of battery life, but there’s also a cheaper, more durable version with FullHD screen which will last longer on a single charge.

If this is too much for you, there is also the Yoga 520. It has 13” FullHD display with a downgrade available for HD only model. It is a bit thicker and heavier - 20 mm and 1.74 kg, respectively.

Both devices have Intel Core i7 CPU and run Windows 10.

Lenovo Flex 5 flexes its way between the two Yogas with its 14” screen. It is less powerful thus cheaper. And as is the tradition with Lenovo, all the devices bend to 360 degrees so they can become hefty tablets. The Miix line of devices also got a new sibling - the Miix 320 which is a 10.1” tablet with FullHD display that has a detachable keyboard. It is powered by Intel Atom x5, has 4GB RAM and 128 GB internal storage and has an LTE model available.

Lenovo admits turning Motorola fortunes around is harder than it expected

Well, reading this on a 4K 15" screen, I beg to differ. I find the improved typography enabled by the higher resolution to make reading less straining, which I find more valuable than some extra battery life. Should I be playing games, I could easily...

Try explaining that to Sony and their Xperia XZ Premium with a 4K screen for a 5.5 inch screen....... :P

4k for 15" screen is certainly overkill. Full HD is enough- will save you some bucks, better battery life and better fps in gaming.