Yes, you heard it correctly, Lenovo is trying its hand at a Windows 10 smartphone. But, before you get too excited, it really seems like a one-time deal and chances are it won't be available at your local electronics store. The name mostly gives that away. 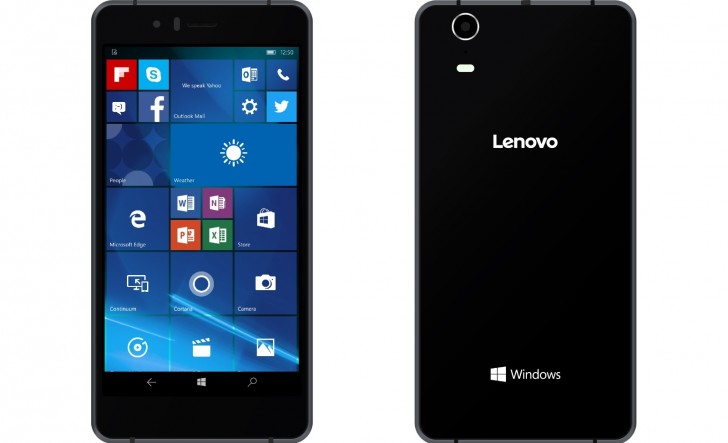 Really, what is happening here is that the Japanese carrier SoftBank has tasked Lenovo with creating a phone to add to their existing lineup of handsets. And it just so happens that the phone they requested had to be one running Microsoft's mobile OS. That being said, since the 503LV is a carrier device, it is exclusive to Japan at the moment.

In terms of specs, the SoftBank 503LV comes with a 5-inch 720p display, 3GB of RAM and 32GB of onboard storage. Its camera setup includes a rather modest 8MP main shooter and a 5MP selfie one. And everything is powered by a 2,250 mAh battery.

Lets tolerate the diversity in mobile OS, peaceful coexistence. No need to be a die hard fan. Been using iPhone SE (iOS 9.3.5) and this Acer Liquid M330 Windows WP10. Loving both of them. No one is saying we should choose from them when we can use th...

Honestly, that's a very clean and elegant looking phone. Lenovoto should make a flagship version of this doo-doo mid-ranger.

Windows Phone is on the right track. I have also received three major OS updates recently. And the OS is getting smaller in size. I own both A Note 5 and a Lumia 640XL, and I find teh Lumia getting more frequent updates than the Note 5. nevertheless...

Weekly poll: the OnePlus Nord 2 promises the flagship experience on a budget, can it deliver?